The Muster Across America tour, held last week in Wisconsin highlighted the need to pay attention to veteran-founded startups.

The event was organized as part of Bunker Labs‘ nationwide tour, a Chicago-based nonprofit founded in 2014. The organization works to help veterans, their spouses, and active servicemen and women start and grow their own businesses.

At the event, executive director of the Wisconsin chapter, Michael Ertmer spoke at the Madison Capitol Building, where he discussed the importance of veteran-owned business within the local economy due to their unique experiences in the military.

Since its inception, the Madison chapter received a $95,000 grant in its first year, which has since gone on to finance Bunker Labs’ ‘Innovator Academy’ incubator at the University Research Park. 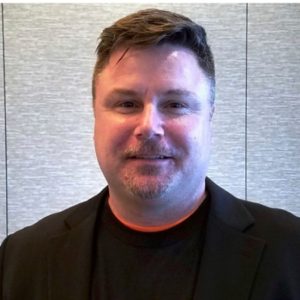 Ertmer has previously discussed the problems that veterans face when returning from duty, even if these service members did not see any combat. Speaking to Wisconsin Public Radio, Ertmer said, “Even when people are deployed as reservists — and they deploy for six, or 12 or 18 months — everybody else’s life kind of continues and business continues, and [the returning veteran’s] professional networks have all been shifted. So, even if they come back to the same position in the same city, [their] network has changed.”

In the US, the national average of unemployed veterans has witnessed a decline since September 2016. Across all veterans in the US, unemployment has dropped 1.3% over the last year. In the Midwest, the highest rate of unemployment is found in South Dakota, which has seen 0.9% rise in unemployment, whereas the lowest, with a 0.4% drop is in Illinois, Missouri, and Wisconsin.

The presence of Bunker Labs could well be a factor in these numbers. According to the Veteran’s Chamber of Commerce, 10.8% of businesses in Wisconsin are veteran-owned, compared with the 9% average nationwide.

With more than 390,000 veterans living in Wisconsin, half of them being of working age, it is estimated that veteran-owned businesses account for $20 million in sales each year. Earlier this year, Governor Scott Walker proclaimed July 27 as ‘Veteran Business Owner Day’ throughout the state of Wisconsin, further demonstrating the focus on veteran enterprises that Wisconsin is striving for.

“A veteran’s military experience provides him or her with the skills that make a savvy business owner – leadership, the ability to work under pressure, meet deadlines, planning skills, organizational skills, and adaptability,” Daniel J. Zimmerman, Secretary for the Wisconsin Department of Veteran Affairs said, adding, “we are committed to supporting these veteran entrepreneurs who are creating jobs and improving the employment situation in our state.”

One of these businesses is Freedom Honor Flight, an organization founded to supply veterans with flights to Washington, DC in order to visit war memorials and pay respects. The program is part of the Honor Flight Network, founded in 2005 in Dayton, Ohio, and has transported over 100,000 veterans to Washington since its creation.

Another is Railhead Farms, founded in 2013, which provides high quality organic hops for both home brewers and brewing companies alike throughout Central Wisconsin.

Further programs available from Bunker Labs include Bunker in a Box, where aspiring veteran entrepreneurs are mentored by thought leaders in their industry to achieve success. In addition to this, the Launch Lab is a 12-week program tailored to aid working professionals break out on their own and start their own business. The program contains input from industry experts and advisors, and gives budding entrepreneurs the chance to network with potential investors.

Bunker Labs reports that it has so far raised over $50 million in revenue through participating startups. In the process helping to create nearly 1,200 jobs, with more than 170 of those jobs going to veterans. In total, 363 startups have completed the Bunker Labs program nationwide.