Microsoft Store Will Open In St. Louis In 2013

If you were afraid that the temporary Microsoft kiosk at the St. Louis Galleria would pack it in and head back to Washington after the holidays, fear not. St. Louis is one of the cities in the U.S. that has hosted a temporary store that will transition to a permanent retail location in 2013.

The popup kiosk that opened on October 26 to service holiday shoppers at the Galleria was successful enough to be chosen as one of the locations that will become a full-line store in 2013. Microsoft is opening stores in a total of six cities across America next year, including Miami, San Francisco, and St. Louis.

The holiday store was stocked with a curated selection of Microsoft products, including the Surface RT tablet PC that debuted this fall. 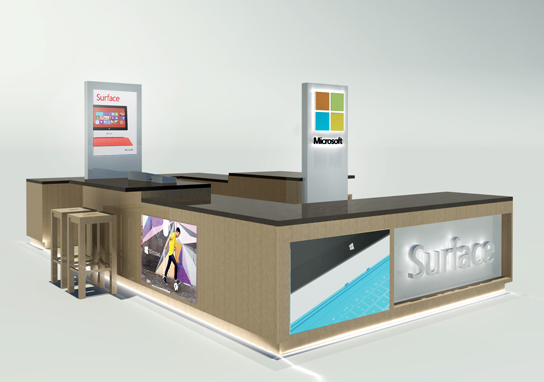 Thanks to the success of Apple retail stores across the nation, Microsoft’s attention to the retail location market has been on overdrive. The Microsoft stores bear a striking resemblance to the Apple stores, and Microsoft now offers similar in-store events and training for Microsoft product owners. Events include app developer information sessions regarding building on the Windows 8 platform, and interactive gaming events to help new users have fun with products like Xbox 360. In-store Microsoft Experts are similar to Apple Geniuses, who help customers troubleshoot problems and learn more about their devices.

St. Louis will soon have access to all of these events, trainings, and more when the full retail store opens in 2013. There is no word yet on the opening date for the new retail location.

How can a person in St Louis region call or contact Microsoft with questions?  My name is Dallas Browne and I can be reached by phone on 618-792-2224 or email at   DaTongBrowne789@gmail.com.