Microsoft Research, along with UCLA, have come up with a creative solution to distinguish between multiple user inputs on large-screen touch displays. A paper titled “Your Phone or Mine? Fusing Body, Touch, and Device Sensing Multi-User Device-Display Interaction” outlines the new system, utilizing smartphone accelerometers and a Kinect camera to separate user interactions. 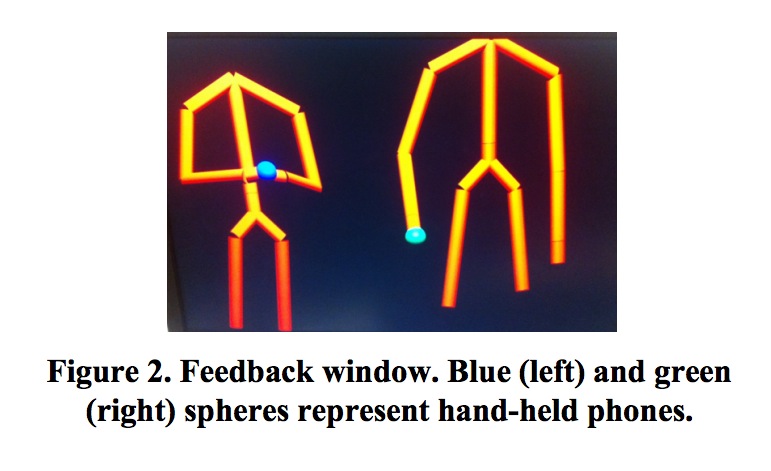 Through a Bluetooth or Wi-Fi connection between a user’s smartphone and the ShakeID service, a Kinect camera placed behind the touch display can read the accelerometer data in each user’s smartphone. The system tracks a user as they hold their phone in one hand and use the touchscreen with the other, comparing the motion data from both the phone’s accelerometer and the Kinect’s 3D camera to correctly identify each user.

During the user study, participants were tasked with drawing shapes from their smartphone displays onto the touchscreen in front of them, and vice-versa. ShakeID was able to accurately determine each user’s input up to 94 percent of the time.

For now, the biggest drawback of the technology is that it has trouble detecting a user when the hand holding the smartphone is stationary, as there’s no accelerometer data to pick up on without motion. Microsoft Research states that the system is “easily learned,” and that once users understand the basic idea of how it works the stationary problem will be mitigated by users making simple hand movements “such as shaking,” to maintain their ID.

Currently, due to Kinect SDK limitations, the system can only track a maximum of two users. In the future researchers hope to be able to track more users, and possibly make improvements to read smartphone movement from within a user’s pocket.

A Beer Company Is Not A Technology Startup