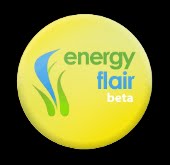 Energy Flair launched in the summer of 2010 and advocates its users to showcase their energy savings on Facebook or Twitter by earning digital badges for reducing their electricity and natural gas usage over time. Nerlikar likened the virtual rewards system, dubbed “Energy Flair” as a bit of an homage to the 1999 movie Office Space, to that of Foursquare, the location-based mobile application program, with Energy Flair offering credits to users who show reductions and savings on their utility bills and a commitment to utilizing energy-saving tactics.

Nerlikar and business partner Mary Lemmer saw an opportunity to increase efficient energy use by directly targeting consumers. While students at the University of Michigan’s Ross School of Business, Nerlikar and Lemmer developed the idea of offering incentives to those who use energy more efficiently, and in October of 2009, the Energy Flair concept was born.
“Saving on your energy bill doesn’t have the visibility of driving a hybrid car,” Nerlikar said. “Posting a piece of Energy Flair on your Facebook page gives you a way to show how green you really are, and it opens the door for conversations about energy efficiency that aren’t widespread today.”

Users earn 10 credits by completing the free registration process. With these credits, they can purchase various energy flair rewards. They can add to their flair by earning one credit for every one percent reduction in monthly energy consumption. This figure is verified when the user uploads his or her bill on the site’s “My Profile” page or with data provided directly from the utility company, as Energy Flair has partnered with some utilities in order to get the usage statistics from the source. In addition, users earn five credits for referring others and up to 30 for providing information about their households, such as size, type and age of the home and the number, age and gender of people who live there. This information is used to answer questions like:

The site also offers simple tips on reducing energy usage, from installing low-flow showerheads to lowering the temperature on the water heater by a couple degrees. Energy Flair also offers coupons and discounts to retailers that sell energy efficient products and is currently running a contest that awards a $100 gift certificate to the site’s top energy saver from the past month.

Like many new business, Energy Flair started with an innovative idea that was further developed and ultimately realized through hard work and an accommodating support system. Nerlikar said the idea sprouted from a trip to the hardware store that Lemmer took with her dad. Her dad mentioned that he preferred to buy the cheaper incandescent light bulb even though Lemmer explained that a compact fluorescent light bulb would save more money over time.

Together, Lemmer and Nerlikar came up with the concept of creating a point system rewards program for people who lowered their electric and gas bills. At the University of Michigan, they got feedback from judges on Clean Energy Prize competition and advisors from the Zell Lurie Institute for Entrepreneurial Studies. They entered a few business plan competitions and won a spot in the Momentum accelerator program in Grand Rapids in the summer of 2010, gaining advice and guidance from entrepreneurs who had launched successful companies.
Nerlikar said participating in the Momentum program helped to strengthen Energy Flair’s value proposition for users, customers an investors. The program helped the pair to navigate the complexities of legally forming a company, prioritizing business development and marketing efforts, and offered support and valuable experiences from mentors and other companies in similar positions.

“There were days when it felt like Energy Flair was an idea that couldn’t last, but what got me through those times were all the nodding heads I saw when I explained the idea to someone new,” Nerlikar said. “I’m pretty sure their heads were nodding in agreement and not because they were bored to sleep.”

The Future of Energy Flair

Although the site has only been up and running for roughly half a year, it has accumulated about 350 followers on Facebook and more than 230 on Twitter. Nerlikar says the feedback from users has been positive and that the social media relationship has been mutually beneficial, allowing Energy Flair to deliver the latest energy-saving news, information, deals and events while helping the site stay on top of the rapidly-changing world of residential energy efficiency.

The response from both utilities and the sponsors of the special deals offered on the site has been promising as well. Nerlikar hopes to expand the deals the site offers to users and said that utility companies appreciate the Energy Flair concept.

“They’ve read the research that shows people are more likely to save energy if they see the people around them are doing so, and they understand how social media can help them reach more of their residential customers in order to achieve their energy efficiency savings and education targets,” he said.

Nerlikar said the site’s short-term goal is to get thousands of users competing to save the most energy and earn the most energy flair. Ultimately, he wants to encourage people to conserve in other ways — by consuming less water, by taking public transportation or using less gas.

“If we can get every household to use five percent less energy within a year of signing up, we’d call it a great start,” Nerlikar said. “In the long term, I hope to partner with utilities to make saving electricity and gas fun for millions of customers.”
That’s what the flair’s about. It’s about fun.


Mike Wilk is a Detroit based journalist and recent graduate from Michigan State University’s School of Journalism. He has worked with the Detroit Lions and Michigan’s Governor’s Office, which led him to the state’s entrepreneurial and tech scene. When he’s not seeking out some of the area’s brightest and innovative minds for Flyover Geeks, you can probably find Mike watching a little hockey or attempting to play the guitar. 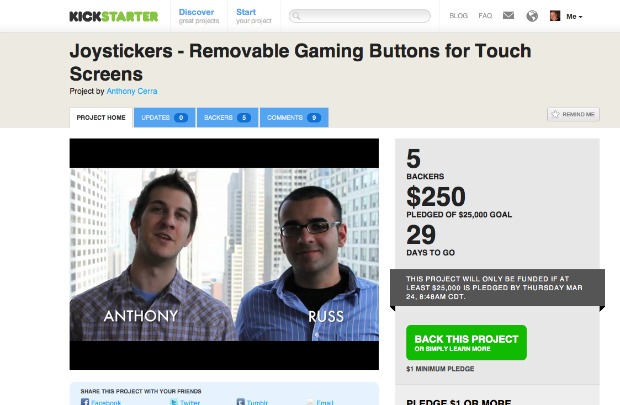