Today is Marissa Mayer’s first day on the job as the new CEO of Yahoo. Technology junkies across the Internet already have an agenda for her: fix Flickr.

The former Google executive was the 20th employee at the Silicon Valley juggernaut. Mayer is known for her shrewd attention to detail and her effective management style. More importantly, Mayer is known for having worked on many of Google’s most successful products to date, including Google Maps and search.

Because of Mayer’s product development and management track record, the outpouring of excitement about her appointment as the CEO exploded onto social networks. After the congratulations trailed off, the conversation about Mayer turned. Former Flickr devotees are pleading with her to restore the photo sharing site to its former glory.

Flickr is one of the best products that Yahoo owns right now, simply because former users care so deeply about the potential for the site to become great again.

While Flickr was once the crown jewel of Yahoo’s product offerings, the former top photo sharing site on the web has fallen out of favor with photo enthusiasts, who complain that Yahoo has abandoned the product. The site’s unique visitors have fallen 22.36 percent this year from 21.6 million to 16.8 million unique visitors per month. In response to both the dip in traffic and demand from users to restore Flickr to its former glory, Yahoo did roll out a new look for the site this past February. The most talked about new feature was a Pinterest-like layout on the contacts page called Justified. 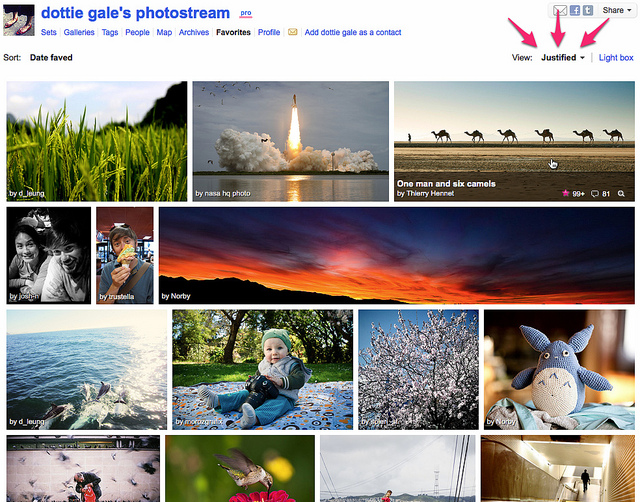 The new features supplied by Yahoo have done nothing to increase the usage of Flickr as the web’s go-to photo sharing service. Sites like SnapJoy have tried to creep in on the the opportunity to steal Flickr traffic away by offering photo sharing and storage in the cloud. So far, the site has managed to lure a user base.

In recent years Yahoo has undergone an identity crisis or sorts. series of short-term leaders have batted the vision of Yahoo back and forth between a data company and a media company. Mayer will be choosing neither. Under Mayer’s watch, Yahoo will become a product company. As her former boss at Google Eric Schmidt notes, Mayer is a “great product person”. Mayer is being hailed as the executive who can turn Yahoo around. The first product that will prove her brazen leadership at the new product-focused Yahoo is the successful redesign of Flickr.