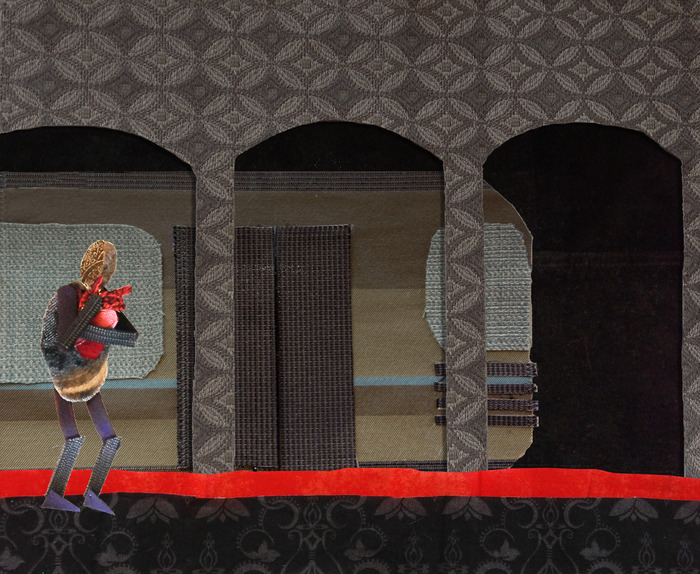 “Something Fragile” is the title of a new kind of video game being produced by Happy Badger Studios .  In it, the main character (a creature) must go on a journey while protecting a heart.

“We believe in doing something different with games,” said Ben Triola of Happy Badger in the team’s Kickstarter video (see below).  “We’re always looking for ways to explore the genre, explore the medium- what can we do with games to tell a story through an experience?”

The answer in “Something Fragile” is the main character, a creature who is given a heart, his heart, but he must carry it through the game world with him.  Oftentimes the creature must set his heart down to manipulate controls in the game world to make it possible for him to advance- but if he gets too far away from his heart or if it is exposed to the environment for too long, he dies.

“Something Fragile” is unique in the gaming industry in that it is non-violent.  It focuses on emotion and artistic talent.  Even more interesting is what was used to make the game.  The Creature, his heart and the entire game world is made by hand using stop motion animation, fabric and paper.

The idea for the game was conceived of at the 2012 St. Louis Global Jam and the team has been working on it as time allows since that time.  If the team completes their Kickstarter goal, they will be able to devote their full time energy to it and complete the game much sooner.

Judging by the (very well done) video, the game has a very tactile, beautiful look to it unique in video games.  “To advance in the game,” said Producer Zack Downs, “you have to make yourself vulnerable to move forward and we think that really says something about life and is relatable.”

In a world of the same old, same old in video games, “Something Fragile” is unique and I hope it reaches its funding goals.

Check out the video below- DONATE BY CLICKING HERE