‘Joustin Bieber’ One App Developer’s Battle with the Pop Sensation 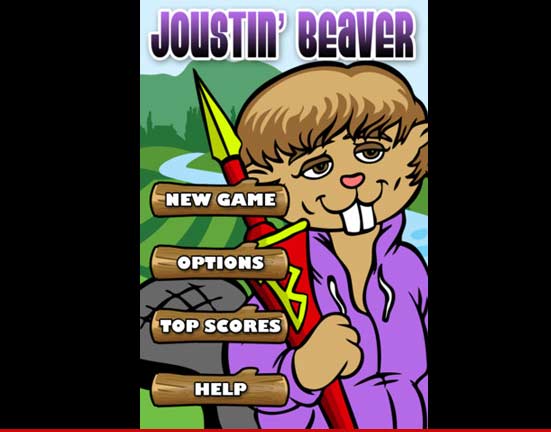 RC3, an app developer who released a game entitled “Joustin’ Beaver,” recently received a cease and desist letter from Justin Bieber’s lawyers claiming that the name of the game infringed the singer’s trademark and publicity rights. TMZ described the game as follows:

“The app is a cartoon game, in which the user floats down a river, defending Joustin’ from the phot-hogs. Of course, the [Beaver] looks like [Bieber]. . . .”

r trademarks online for potential instances of trademark infringement, and the last thing an entity like Justin Bieber needs is for startups to start diluting the value of his brand.

Now, in most cases this would be the end of the story–the little guy acknowledges that he made a mistake, and the two parties go separately on their merry ways.

Instead of backing down, RC3 fired back, seeking a declaratory judgment that it is not infringing on the pop star’s trademark rights or rights of publicity. RC3 argues that the game is a “parody of [Bieber’s] commercial success,” and therefore is protected under the First Amendment. It’s an interesting idea, and one that likely needs to succeed in order for RC3 to have any hopes of coming out of this alive. If it doesn’t, having apparently fully acknowledged that the game trades on Bieber’s fame and recognition, RC3 will have a tough time trying to defeat the pop star’s claim of willful trademark infringement.

With the Supreme Court’s recent decision in support of giving video game developers the same free speech rights as authors, movie producers and other content creators, it will be interesting to see if RC3’s claims withhold judicial scrutiny.