Job Secrecy: Startup In The Closet 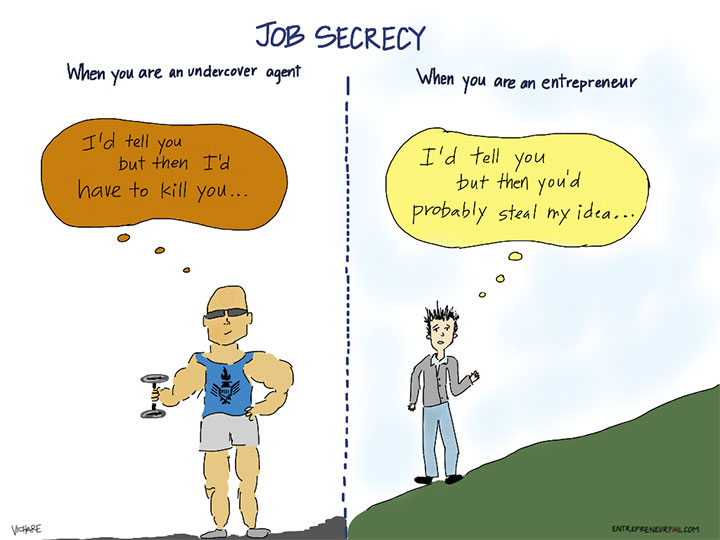 A friend of mine left his corporate job a couple of years ago to pursue “a revolutionary idea,” as he called it.

“What is it that you are working on,” I inquired, never once assuming this benign question would cause him to get fidgety.

He responded with a vague topic.  Many months later he told me, “I didn’t want to tell anyone about my idea for fear that someone would steal it – too bad this made me sound really cryptic and weird at cocktail parties.”

Entrepreneurs too often hold their ideas much too close to their bullet-proof vests. Considering themselves more entitled than a secret service agent, these entrepreneurs live in the fear of idea theft and take it upon themselves to protect their idea at all costs!

So what are these “secret service entrepreneurs” missing out on?

In a corporate job, you’re generally open and pretty pumped up to share the details of your work: the kind of work you do, the people you work with, the amazing Casual Friday policy!

In a startup, however, a veil of secrecy takes precedence, with your lips zipped so tight you make the CIA jealous.  People who are seasoned veterans or who just have some great ideas for you can really help your business. In fact, promoting your idea will more than likely help improve it, giving you an even better shot at success than your hush-hush mode. As soon as you realize that feedback and promotion of your idea will actually improve it, you’ll have a better shot at success.

Enjoyed this comic? Check out the rest on http://www.entrepreneurfail.com. 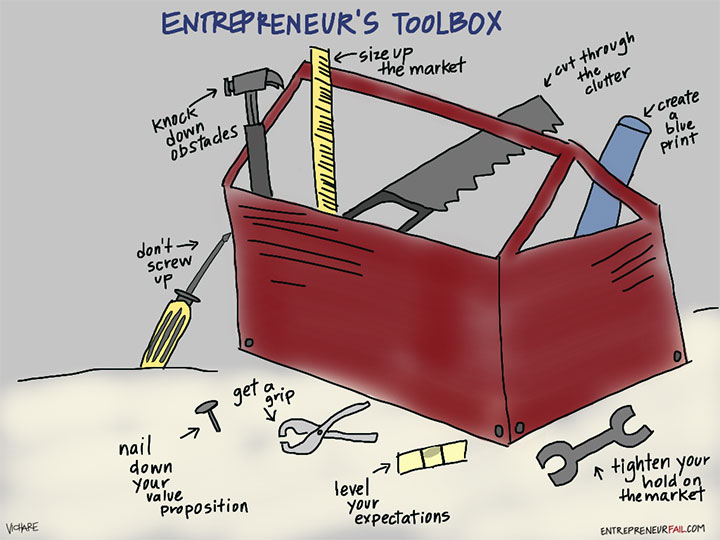