After migrating from Tumblr to Pinterest and now onto Instagram, the Facebook-acquired photo sharing service is the most recent community to update its user policy against posting material deemed to depict “self-harming” behavior. 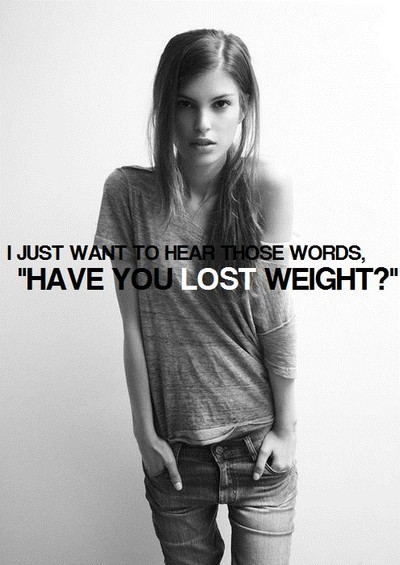 The move particularly targets the growing “thinspiration” community, which was ousted from Pinterest only a month ago. Thinspiration is a following that glorifies anorexia and unhealthy obsessions with extreme thinness. The new privacy policy also addresses any other depictions of self-harm, including cutting and allusions to suicide.

Going forward, we won’t allow accounts, images, or hashtags dedicated to glorifying, promoting, or encouraging self-harm. Should users come across content of that nature, we recommend flagging the photo or flagging the user as a Terms of Service violation for our Support team to review.

Business Insider is pointing to a recent photo posted by Alexa Chung, a popular MTV host, depicting her standing against a wall with very thin legs exposed — a photo that received a lot of attention on the service only a few days ago. After a flurry of comments the model set her account to private, commenting that it wasn’t her intention to appeal to the thinspiration crowd.

Whatever the specific cause, the move to ban self-harm posts has been looming ever since the community made the move to Instagram after previous bannings. The company hopes the new guidelines will help keep the community and its content user-friendly.

The blog post goes on to clarify that while they’ve banned depictions of self-harm overall, they’re willing to make exceptions when the material is explicitly being used for the purpose of recovery or deterrence.

It is important to note that this guideline does not extend to accounts created to constructively discuss, or document personal experiences that show any form of self-harm where the intention is recovery or open discussion. While we strongly encourage people to seek help for themselves or loved ones who are suffering, we understand the importance of communication as a form of support, in order to create awareness and to assist in recovery.

It’s hard to imagine how the service will enforce these specific incidences on a case-by-case basis, but the intention is admirable. In future iterations of the application, users who enter hashtags associated with methods of self-harm will receive a warning accompanied by a message that directs them to related support organizations where they can receive help.

Oh good does that mean they are going to stop sites that show guns, football, fat people etc? there is more to harm than pro ana http://proana.info is a prime example of good advice!