In Las Vegas At Walgreens? St. Louis Startup Aisle 411 Has Got Something For You 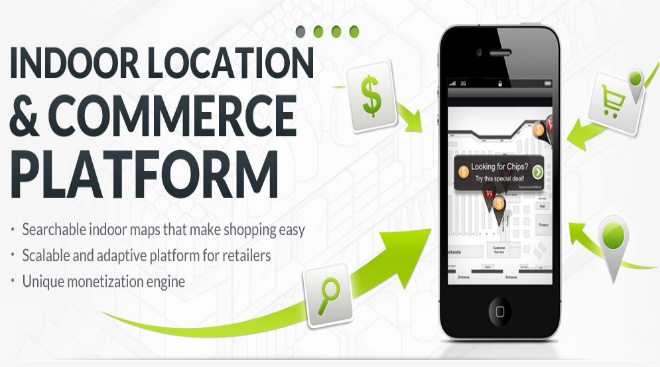 Hot on the heels of their deal with Walgreens, aisle411 is launching their Indoor Geo-Fence Alerts Solution platform that will allow retailers (and 3rd party developers) to customize a shopper’s experience in a store.  The API was acquired from Sunnyvale, CA WiLocate in September of 2012 and adds increased functionality to aisle411’s store mapping app.

Here’s how it works: As a shopper enters a store with aisle411’s app activated, the shopper can get a customized welcome message just for them.  As they shop (using aisle411’s store map to find what they need), let’s assume for this example our shopper needed notebook and aspirin.

After finding the notebooks thanks to the handy map, when the shopper got to the aspirin aisle, there could be a special offer from Tylenol offering a discount, or a message from Walgreens letting the shopper know that at the front of the store they are offering jumbo bottles of aspirin. (Just in case the regular size wasn’t enough.) The possibilities for this are very large, and VentureBeat seems to agree in their ‘trends for 2013’ prediction article.

Currently aisle411 is running this API in Las Vegas Walgreens stores on their Android app. 2013 will see widespread adoption of the technology.

“One of the most powerful assets brick-and-mortar retailers have is their physical store.  Our Indoor Geo-Fence Alerts API combined with our indoor map and product search platform allows retailers to leverage their stores to its fullest extent by digitizing and making their stores mobile,” said Nathan Pettyjohn, CEO of aisle411. “For example, if a shopper enters a particular area of the store, a retailer might remind them with an Alert message on their phone that they can find a bigger selection of related items via the retailer’s mobile website, or suggest a special offer located in a different aisle. This truly extends the shopper experience into an endless aisle where the in-store and online purchasing experience is blurred. Retailers can own that complete experience with this new Indoor Geo-Fence Alerts API from aisle411.”

aisle411’s indoor searchable maps platform is live in over 10,000 retail locations and multiple major retailers and partners have embedded the aisle411 platform within their own mobile applications.  Now, aisle411 is signing up retail and app developer partners at who want to also leverage the Indoor Geo-Fence Alerts API that will go live in market in 2013.