Ideeli Grows Beyond Flash Sales After $30 Million Round Of Funding

Discount fashion website Ideeli has announced that its most recent round of funding has netted the company $30 million. Since its launch in 2007, Ideeli has become the premier deal site primarily for women’s clothing and accessories. The series D round of funding, led by investment banking firm Credit Suisse, brings Ideeli’s total funding to nearly $100 million. 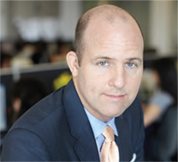 Ideeli allows quality brands to sell overstock or returned merchandise quickly through limited time sales to members of the service. The company hosts several flash sales each day in women’s, men’s, and children’s apparel. Ideeli has even begun offering a variety of brand-name household items at discount prices.

Paul Hurley, CEO and founder of Ideeli, said the new round of funding will continue to help grow the service, eventually allowing the site to move beyond the flash sales market into something even bigger.

“This new round of financing validates all that we have done to become a leading online retailer of aspirational and mainstream women’s fashion with over 5.5 million members and 3,000 brand partners,” Hurley said in a press release this week. “The investment will enable us to continue on our growth path as we transform our business beyond the flash sales model into the next generation of e-commerce.”

What the company’s new direction will be exactly is unclear at this point, as the team declined to comment on any specifics concerning its future plans. In addition to expanding Ideeli’s offerings, the New York company said funds will be put toward advancing the service’s current infrastructure and goal of retaining customer commitment.

“Ideeli stands apart thanks to our leading presence in the most significant retail growth market – aspirational and mainstream women’s fashion online – and our relentless efforts to know and connect with customers better than any other retailer,” said Hurley.

In three years the company was able to grow more than 40,000 percent – a jump that Hurley said is largely due to the restricted budgets of consumers resulting from the recent economic crisis in the United States. The company’s skyrocketing growth earned it the top spot in Inc. magazine’s list of fastest growing companies in the US last year.