ThinkCERCA: How to Get Ed-Tech Startup Traction

Here’s a challenge: How do you create a startup to teach critical thinking skills to kids?  Now, an even deeper challenge:  How do you convince investors to back you ?

ThinkCERCA is an online platform focused on literacy.  It’s for 4th through 12 grade students. It’s received about $1.5 million in seed capital from angel investors, and funding from the Bill and Melinda Gates Foundation.

ThinkCERCA’s founder, Eileen Murphy, was a teacher for 20 years in Chicago public schools and then became the director of Curriculum and Instruction in the public school system. She came up with a method for helping students make claims, support their claims with evidence from text, explain their reasoning, and address a counter argument. Not to shock you, but this was done with paper, pencils, graphic organizers and rubrics. 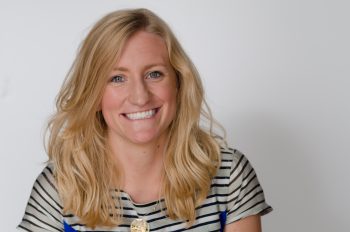 Murphy knew she needed technology to scale the idea. That’s when she met co-founder Abby Ross, who at the time was running a web design and development startup. ‘I was like, “Sure, we can do this.” I’m passionate about education, both my parents are teachers.’

First the co-founders went through a program in Chicago called Impact Engine, which is an accelerator dedicated to companies with a social mission. Then they were able to raise a million and a half dollars in seed capital from angel investors. A literacy coursework challenge with the Bill and Melinda Gates Foundation got them a $250,000 grant, ‘and we were off to the races from there.’

ThinkCERCA launched in 2013 with a subscription program in 30 Chicago schools reaching about 6,000 students. Since then it has launched a free version, ‘just to attract the three million teachers in our target market,’ said Ross.

In just under a year, the free product has reached 20% of Chicago schools, and the paid product has since grown to reach 60,000 students across 29 states.

Why the fast growth?  It’s a classic case of finding product-market fit, and also that the market – teachers – are a ‘viral bunch.’

They like to talk about the educational products they’re using.  ThinkCERCA was able to use ‘good old fashioned email marketing and reaching out to teachers,’ said Ross, speaking of the free version of the product. She did TEDx talks, and curated original content with a Tribune Media Company partnership.

Pitching a good idea sounds easy, but is actually hard. There are lots of them out there, but only a few teams who can execute on them.  The difference for Ross’s startup is that she and her team have domain expertise – a deep understanding of the ed-tech market. Schools, said Ross, ‘have the real infrastructure to do education technology’ in a way that wasn’t there before. Principals are in a position to make buying decisions.

Let’s say you have an ed-tech startup that you want to pitch to investors.  What are Ross’s tips for you?

-At the seed stage, make your concept clear to a non-educator audience. Ross remembers in their early pitches they spoke about their concept as ‘close reading and argumentation,’ which was accurate, but opaque to non-educators. Instead, Ross showed investors how CERCA worked, and helped them understand the product as parents first, and then as investors.

-Provide metrics, particularly in follow on rounds. Ross said, ‘we didn’t necessarily say, we’ve got the magic formula, $1 in and $4 out. Instead, they were able to articulate what their hypotheses were, and say, ‘Here’s where we were correct, and here’s the level of predictability that we’ve reached in this industry.’  Ross and her team knew just what it took to acquire a school as a customer. ‘We didn’t have an exact dollar amount or cost of acquisition, but we knew, Here are the four levers we can pull, and here is our plan for pulling those. And here is our plan for build, measure, and learn.’

Thinking back to the early days of testing the product, Ross recalls building a rapid prototype in ten weeks, ‘a true MVP.’  They put it through its paces with a group of 6th and 7th graders in a school on Chicago’s South Side.

It was gratifying for her to see the teacher ‘not tethered to the front of the classroom, but working with students. And then students at the end saying, “Here’s what I think, here’s why, here’s the evidence that supports it,” I mean, I saw their brains working and getting bigger. It was unbelievable, just thinking a product that we built in 10 weeks has all these things, and look at what it did for student learning. I was hooked.’