How A Startup Can Change The Election 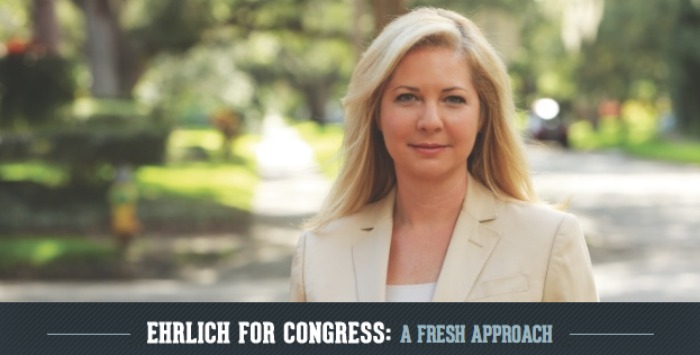 Today is election day, and a lot has happened since social media played a huge part in the first Obama campaign in 2008. Long before he was the president, Obama leveraged social media to reach young people who identified with someone who would speak to them on their communication platforms. The medium was the message.

Think about that for a second. Twitter was only two years old during the last major election cycle. Now, a startup called Givver is leveraging Twitter to help candidates raise money with just a simple tweet.

Candidates like Jessica Ehrlich, who is the Democratic nominee running for Congress in Pinellas County and Florida’s new 13th district, are using Givver to reach the biggest pool of their potential supporters on social media. A startup like Givver has the potential to change the outcome of an election thanks to the network effects of raising money publicly on social sites. When a person donates, all of their followers see the tweet.

According to Ehrlich’s campaign manager Kiel Brunner, Twitter is an untapped method of contributing to campaigns. “We are excited to see its capabilities and look forward to seeing how Givver will grow in the election cycles to come,” he noted.

Ehrlich’s campaign decided to use Twitter to raise money because Givver expands the reach of Twitter beyond delivering messaging and news to press and supporters. “Twitter was missing a one-click process for contributing to political campaigns that is widely used in email and other platforms,” Brunner said. Once users sign-up to use Givver, their credit card is linked to their account. To give money to a candidate, one tweet is all they need. 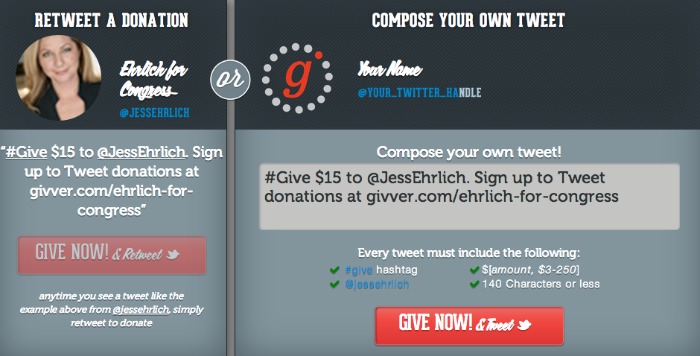 Raising money via Twitter is attractive to a candidate rather than other fundraising options because political fundraising is about convincing your friends, family and like minded people to invest in an idea and a person. Twitter is a rapid fire platform for engaging people who have already made the first step in investing by following your feed.

“Beyond the initial investment people make by contributing or volunteering, it gives individuals the opportunity to engage their friends in the political process. Retweeting makes it possible to exponentially increase the reach or your message, it does the same for fundraising prospects,” said Brunner.

Right now, Givver is only used for political contributions, although the team will be opening up the service to other organizations soon. In the meantime, get out there and vote today for your favorite candidates. Let the best men and women win.