Health IT is Broken & A Revolution Is Needed To Fix It

Would you trust your healthcare to electronic medical record systems that were developed using old technologies with a goal to simply replace paper, not improve on that paradigm?  Right now, these solutions are state-of-the-art in the enterprise health information technology (Health IT) market.  The current market is dominated by a few vendors who may charge hundreds of millions of dollars for solutions, which at the end of the day, do little to improve the efficiency and cost-effectiveness of clinicians.

HealthFinch, a Madison, Wisconsin based startup, aims to revolutionize the Health IT industry by breaking down the proprietary barriers of the current market, leveraging modern web and mobile technologies, creating useful and enjoyable software, and promoting data flexibility rather than data ownership.  As fans of Darwin know, finches played a large part in the theory known as evolution.  Hence, the namesake HealthFinch, which aims to play a large part in the Health IT revolution.

The HealthFinch team is comprised of 3 co-founders, Lyle Berkowitz, MD, FACP, FHIMSS and practicing internal medicine physician and national leader in health IT-based care innovation, Jonathan Baran, MS, a recent Master’s Graduate from the University of Wisconsin’s department of biomedical engineering and finalist for the CIMIT Prize for Primary Care, and Ash Gupta, a recent graduate from the University of Wisconsin’s computer science program, former founder of the Internet media company InZum, and chosen as one of Businessweek Online’s Top Entrepreneurs under the Age of 25.

the first product from the HealthFinch team, is a web-based application for managing medication refill protocols.  It is not uncommon for a physician to get over 30 refill requests a day from patients who run out of their medications for various reasons.  The goal of RefillWizard is to use physician-approved protocols to allow lower level staff to manage these requests and thus take the work off the plate of the doctor, so they can have more time to do what they do best, care for patients.

During my recent conversation with Baran, he stated, “HealthFinch aims to create useful applications that work across the team.  We plan to grow in a fashion similar to 37 Signals, who solved one distinct problem first and then expanded products that worked in conjunction with and around the problem.”

The team has just finished alpha testing, and is now open for public beta.  Currently, the plan is to offer a freemium based subscription service, where EMR integration services will generate revenue.  For more information visit: healthfinch.com or follow them on Twitter @healthfinch

Chris Young is a writer, graduate of the University of Illinois with a degree in biology, and previous biotech start-upper. He is often spotted in the wild - at social networking and start-up events, gardening, attempting to cook, hanging with his wife and puppy, and enjoying a drink with friends. He harbors the mentality that ideas are great but the execution of the idea is what will make the difference. His articles range from health tech, biotech, news, and whatever else peaks his interest. His favorite joke: "What did one snowman say to the other.......It smells like carrots." @ChrisMYoung | Linkedin | About.me 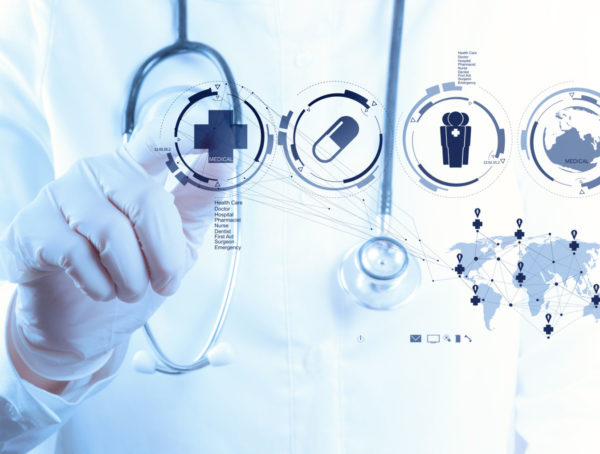