Disruptive Tech is the Focus at Viterbi Startup Garage 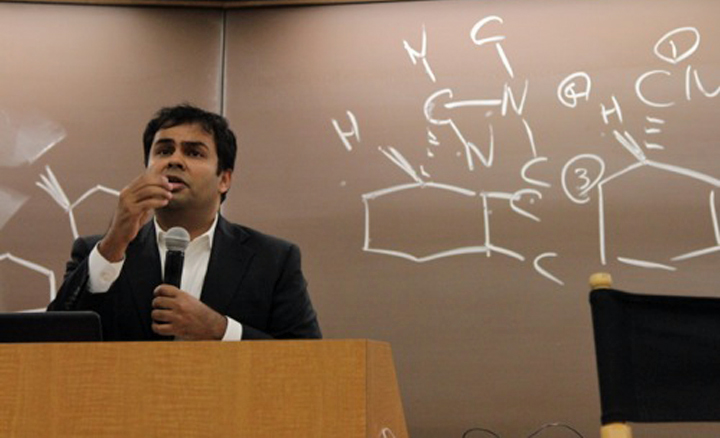 Cities have their dominant culture. Los Angeles, media capital. New York, finance. Silicon Valley, software engineering. At least, at one time that was true. It’s all changing now, particularly in LA, with the change driven by a USC Viterbi School of Engineering professor. Software engineers working in Los Angeles, in the words of Ashish Soni, were the ‘backup singers.’ Soni, founding director of USC’s Viterbi Startup Garage and VSi2, saw a problem with that.

‘The USC School of Engineering is ranked number nine in the country and we were asking ourselves this question, why aren’t there more entrepreneurial companies started at the school? And we realized that there was a lack of a support system for the students to really take that to the next step.’ – Ashish Soni 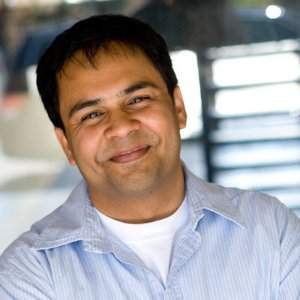 Viterbi Startup Garage is a 12-week technology venture incubator program. Startups accepted into the program get $50,000 in funding from financial partners, workspace, strategic resources, and mentoring. I recently spoke with Ashish Soni to ask how he wants the Startup Garage to help engineers become lead singers in the startup band. It does so, for starters, by keeping a tight focus on the kind of ventures it accepts into the program.

‘We do hardware,’ Ashish told me. AIO Robotics is a startup in the program doing the first all-in-one 3D scanner and printer. A single button press will allow users to scan, print, copy, and fax 3D objects. Bezalel is developing the first wireless cell phone charger. Awesome Sauce Labs is making a drone for personal use, and will soon launch a Kickstarter crowdfunding campaign around it. ‘We have benefitted from visionary, creative leadership at the school, supported by one of the most entrepreneurial Deans, Dean Yortsos, whose support has been crucial to our efforts,’ Soni said. Dean Yannis Yortsos has been Dean of the USC Viterbi School of Engineering since June of 2005.

The common impetus linking all the Garage startups: The program encourages disruptive technology that can work behind the scenes and apply across many industries.

Factual, based in Los Angeles though not part of the USC program, is this kind of company. Factual is a cruncher of global online data, allowing mobile app developers, publishers and advertisers to provide meaning and context for anybody seeking location-sensitive info on a mobile device. Big stuff – driven by engineering. Or look at Facebook with its billion users, Ashish suggested. ‘On the front end what may seem like a basic product, to get it to where it needs to be on the back end – I think it’s phenomenal technical innovation. No company has had a billion users before.’

The Garage differs from other Los Angeles incubators because it accepts companies at a much earlier stage than the others. Since Soni is a USC professor, he has a chance to get to know students before they join the Garage. ‘I think we fundamentally back a combination of raw talent and a good idea, and we spend a lot of time mentoring, incubating, compared to anybody else,’ Ashish told me.

It’s a successful approach. Ashish told me that Startup Garage companies have raised millions in follow on financing. ‘Every single company we incubate we believe in the concept and the idea of the founders. That’s why we chose them to be part of the program. We believe they are on to something big.’ 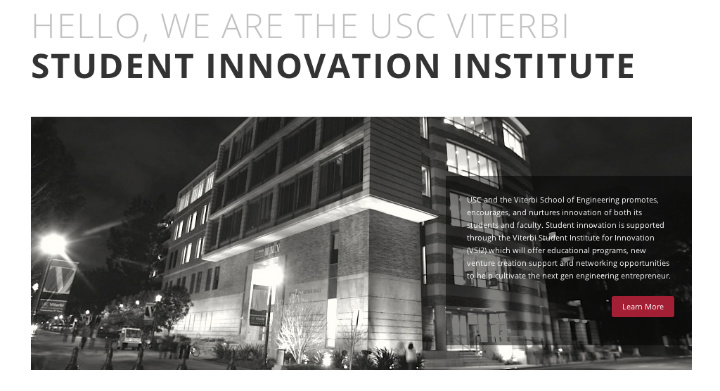 The USC School of Engineering has had its own share of successes. Companies that have been founded or co-founded by former USC students or alums include Gumroad, a marketplace for creatives, Viralheat enterprise software, and Blendspace, a software tool to help teachers create engaging lessons.

If you’re a startup founder thinking about moving to LA, Professor Soni has some words of advice for you. ‘Just get connected with other like-minded people. There are a lot of great spaces where people are building stuff in LA now that they can just connect to. Surrounding themselves and embedded with like minded people, that’s a great buffer and support system to have. You need a support system of people that believe in you but you also have to go out and compete. There’s no other way.’