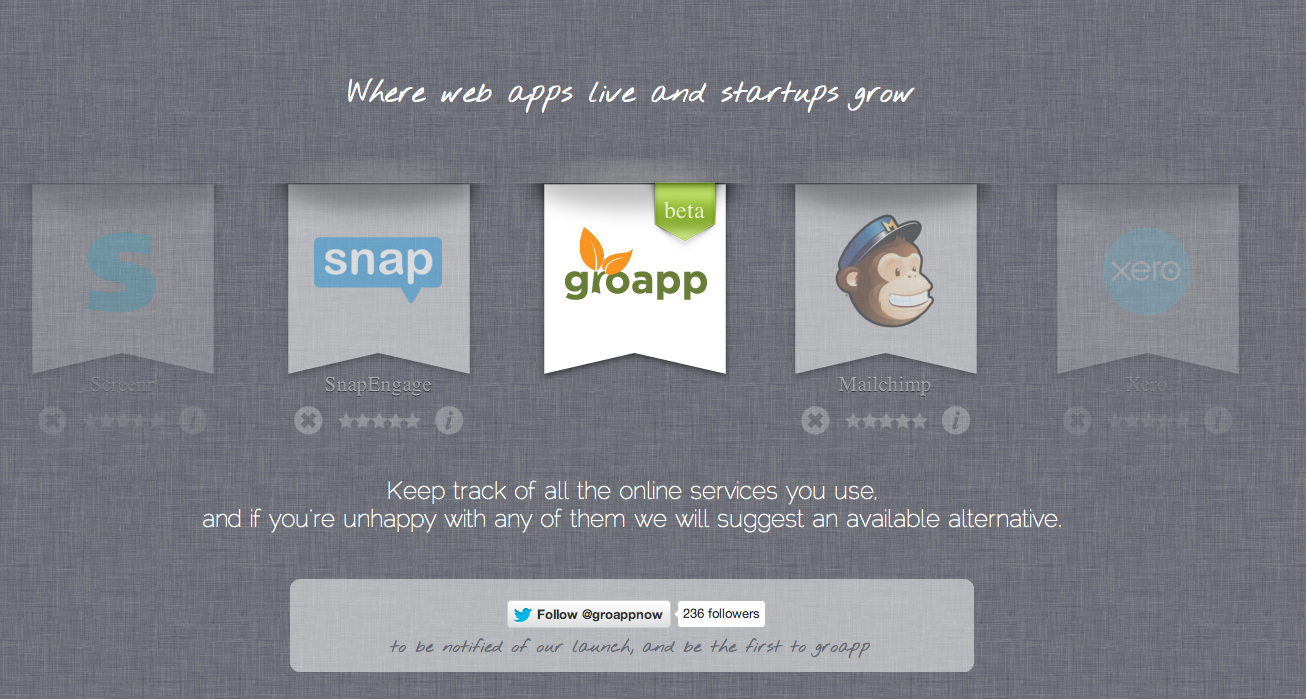 Young entrepreneurs face many challenges. Wading through the ocean of web apps that come with starting a company should not be one of them. Neither should biting the dust at the feet of bigger, stronger, and more mainstream contenders. This was the seed that germinated in Mariusz Kolaszewski’s mind and prompted the Groapp founder to find a solution to these problems.

Set to launch at the end of this month, the web app helps startups stay on top of things by providing one location to store all their online services. It allows startups to keep track of these services, the service costs, and make amendments to any subscriptions. Users can also rate which services serve their startup well and which leave much to be desired.

In doing so, the web app also helps put up-and-coming web service startups in the spotlight by making them more available to their target market. “Startups are mostly self-funded, which means, one, they need to juggle countless trials and free services to operate efficiently, and two, they don’t have money to put themselves in the spotlight,” says Kolaszewski.

For example, an emerging web service can enter their competition, and if a user is not happy with the rival, the startup’s service will present itself to the user as an alternative, giving it a better chance to reach its target clients. In the company’s own words, “Groapp will make the small startups bigger and the big ones better.”

The inspiration for Groapp grew out of frustration. As a budding entrepreneur, Kolaszewski tried to maintain a spreadsheet of all the online services he signed up for. While searching for a good project management app, he quickly realized, after finally finding a good match on Google search’s 32nd page, “how hard it is for good solutions to get into the spotlight if they don’t have a big founder or big funding.”

With time-saving devices like Groapp, these ambitious dreams, ubiquitous in the business world, may be one step closer to realization.