Google has announced that the full Google Docs suite is now fully integrated with Google+ Hangouts. The integration means that Google Doc users will now have the option to video chat with collaborators within their web-based document. 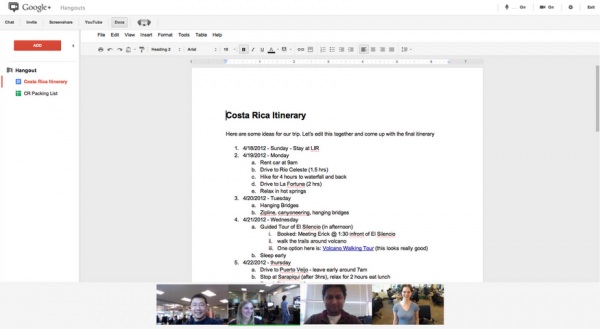 Previously the feature was accessible through an opt-in program “Hangouts with extras” along with several other  features like Screensharing, Sketchpad, and Mobile hangouts.

To try out the new feature:

Confessions Of A Once-Smart-Now-Dumbphone Owner

What Gowalla Should Have Done