CHICAGO—The Chicagoland Entrepreneurial Center (CEC) today announced Google executive Kevin Willer will take over as the organization’s CEO on April 4, 2011. An affiliate of the Chicagoland Chamber of Commerce, the CEC identifies the region’s most promising entrepreneurs and helps them build high-growth, sustainable businesses that serve as platforms for economic development and civic leadership.

“There is an entrepreneurial renaissance emerging in Chicago and the Chicagoland Entrepreneurial Center is at its epicenter,” says James J. O’Connor, CEC board co-chairman. “Kevin is the ideal leader at the ideal time. Who better to put entrepreneurism into hyper-drive in Chicago than one of Google’s original members who took Google to new heights in Chicago.”

“At Google, Kevin was a great supporter of the booming entrepreneurial tech community in Chicago,” says Pat Ryan, INCISENT CEO and CEC board member. “He has a passion for innovation and an intense commitment to help Chicago take its place as one of the world’s leading entrepreneurial business centers.”

Willer co-founded Google’s Chicago office in late 2000. Over the last decade, he has helped grow the Google Chicago office to more than 400 professionals. In this leadership role, he spearheaded partnerships with some of the world’s most successful companies, such as Dell, United Airlines, Sears, AT&T, Sprint and Motorola among others. He also developed partnerships early on with successful Chicago-area start-ups, such as TicketsNow, Performics and optionsXpress.

“Being on the frontlines of Google’s growth from start-up to global technology leader gave me a deep understanding of how important business mentorship and support from the civic community is for entrepreneurs,” says Kevin Willer, CEO of the CEC. “I’m excited about this opportunity to support the next generation of high-potential entrepreneurs to drive new economic activity in Chicagoland.”

“The CEC began as a start-up that has since transformed the entrepreneurial landscape in Chicago,” says Talia Mashiach, CEO and Founder of Eved. “The CEC is ready to take its next big leap and Kevin is the best possible CEO to accomplish what we have in store for entrepreneurship in Chicago.”

As part of his executive responsibilities, Willer advanced Google’s civic development efforts in Chicagoland. Over 10 years as a leader of Google’s Chicago office, he formed partnerships with various stakeholders including city and state governments, universities, non-profits, industry associations and entrepreneurial organizations.

“Kevin is a huge asset to the Chicago community who has proven his dedication and success in economic development,” says Linda Darragh, director of entrepreneurial programs and faculty member at University of Chicago Booth School of Business. “His leadership has been powered by a proven knowledge of corporations, academia and technology in Chicago.”

Willer’s genuine commitment to civic and economic advancement is reflected in his active involvement with several civic and charitable organizations. He serves as a director of The Economic Club of Chicago and is a trustee of his alma mater, Loyola Academy in Wilmette. He is a member of the 2010 Class of Emerging Leaders at the Chicago Council on Global Affairs. And, he serves on Mayor Richard M. Daley’s Council of Technology Advisers. He also serves on the boards of TiE Midwest, Children’s Memorial Hospital, WHITIA, World Sport Chicago, Urban Students Empowered, Illinois Technology Association, and Chicago Architecture Foundation.

“The rare mix of entrepreneurial genius and civic engagement is part of Kevin’s DNA,” says Jerry Roper, Chicagoland Chamber of Commerce CEO. “His record of success in both domains overlays perfectly with the CEC mission to make an impact on jobs, growth and society in the Chicagoland area.”

Willer earned his MBA from the University of Chicago Booth School of Business and his Bachelor’s degree from Boston College. In addition, he has studied at the London School of Economics.

“Chicago hit a grand slam with the CEC hiring Kevin Willer,” says J.B. Pritzker, CEC board member and founder of New World Ventures. “He brings a combination of start-up savvy, national network, and technology expertise all wrapped up in Midwestern sensibility.”

“Kevin is my No. 1, 2 and 3 choice to lead the Chicagoland Entrepreneurial Center,” says Michael Ferro, chairman and CEO of Merrick Ventures. “We are grateful and lucky to have an individual with Kevin’s curriculum vitae whose altruistic motives have led him to take on this challenge to help other entrepreneurs achieve the same level of success he has had at such a young age.” 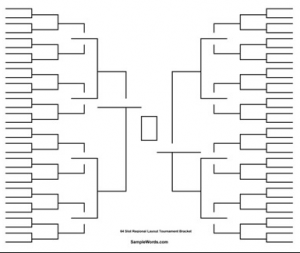