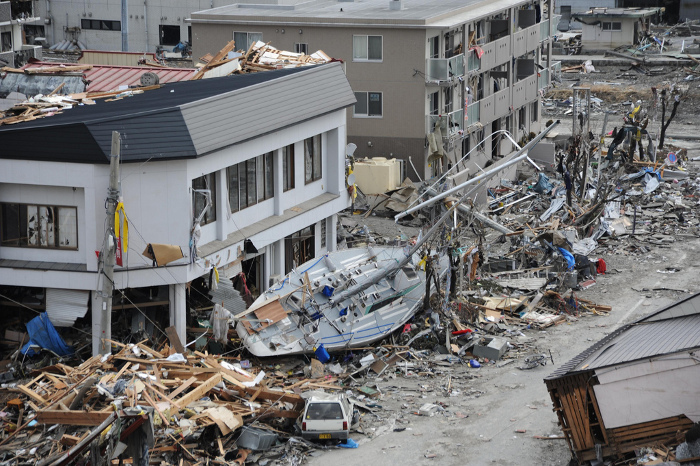 Google took part in an event this week designed to spur conversations about roles and possibilities for web technology to help during natural disasters and other crises. Big Tent was held in Sendai, Japan — a part of the world where policy related to earthquakes and tsunamis is an emotional and relevant issue.

“Even as data becomes more crucial to rescue efforts, key information like evacuation routes, shelter locations and weather alerts often remains inaccessible to the public,” wrote Google product manager Nigel Snoad. “Time is of the essence in the wake of a disaster, and it’s critical for emergency information to be available in open standards and formats to enable instant communication among first responders and affected populations.”

Prominent themes at the event, Snoad said, included how to close the gap between closed and open data model, how to build a bridge is between authoritative and crowdsourced data sources, and how to more effectively adapt the way relevant data is delivered to local cultures and infrastructures.

And centrally, data alone — with no way to adapt it to a given situation — does little good to anybody. And information about a threat is not very helpful to a threatened population if the course of action they should take is not clear.

“Information isn’t worth anything unless people are taking that information, adapting it, consulting it and getting it to the people who need it,” Snoad said.

To its credit, Google has enthusiastically pursued ways its technologies can alleviate suffering in the face of disaster. It maintains a response team that assesses disasters as they occur, and whether the company has any tools that could be of assistance.

Previous disasters during which Google has assisted, which can be as simple as creating a creating a resource page or as advanced as launching a service for locating missing persons, have included the earthquake that rocked Haiti in 2010, the Deepwater Horizon oil spill, and Hurricanes Irene and Katrina in the United States.

The company also tracks search terms that are indicators of flu outbreaks around the world, and makes that data available to the public and health officials.

Clips from Big Tent are available on the event’s YouTube channel.