Half Of Germany Was Powered By Solar Energy On Saturday

Europe’s biggest industrial nation has made its way to the forefront of sustainable energy this weekend. German solar power plants produced the equivalent wattage of 20 nuclear power stations on Saturday, according to a Reuters UK report. 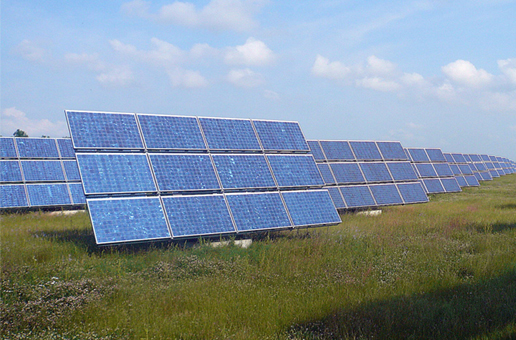 The record breaking solar energy production reached levels of 22 gigawatts per hour – enough to cover a third of the country’s electricity consumption on Friday, and almost half on Saturday. Germany currently has 15 large-scale solar power plants operating around the country, with the entirety of the solar industry covering four percent of the country’s energy needs annually.

Germany began boosting its green energy infrastructure following the country’s decision to shut down 17 nuclear power stations last summer. The decision came after the meltdown of nuclear reactors in Fukushima, Japan in May of 2011 – a result of the country’s tragic earthquake. In order to avoid the hazards of nuclear power, Germany has already closed eight of its oldest plants and plans to be completely free of nuclear power within the next decade.

“We believe that we can show those countries who decide to abandon nuclear power – or not to start using it – how it is possible to achieve growth, creating jobs and economic prosperity while shifting the energy supply toward renewable energies,” German Chancellor Angela Merkel told the press following the decision last year.

The country’s goal is to reduce CO2 emissions by 40 percent within the next decade – a process estimated to cost â‚¬170 billion ($213 billion US). Since the turn of the millennium Germany has increased its annual green energy production from 6 to 20 percent of the country’s energy needs, utilizing solar, biomass, wind, and hydro power.

The recent record breaking production of solar energy is further proof that investment in green infrastructures is a worthwhile (albeit costly) endeavor, especially for nations seeking independence from hazardous and dated energy resources. Let’s hope Germany’s recent success with sustainable energy puts enough heat on fossil fuel-reliant nations to inspire them to catch up.