Home > Blog > Gentlemint: The Home For All Things Manly Will Curl Your Mustache

Gentlemint: The Home For All Things Manly Will Curl Your Mustache 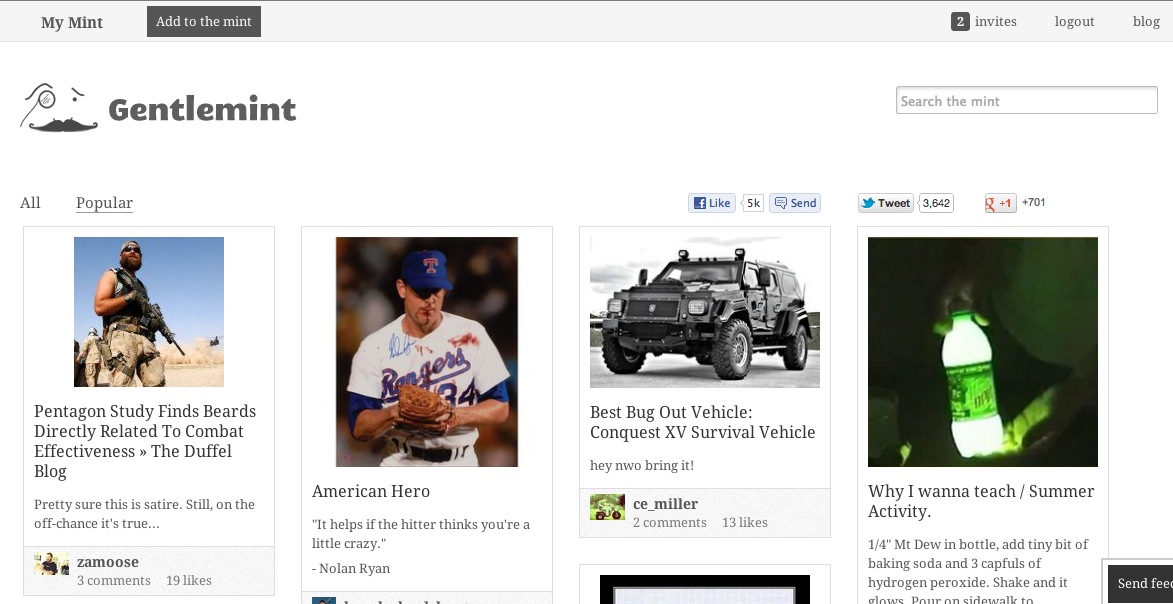 Gentlemint is a place for all things manly. The creation of the service came about one weekend when its two co-founders Glen Stansbury and Brian McKinney sat down with a bottle of the manliest bourbon they could find and spent an entire day coding the first iteration of the website.

So far Gentlemint has been growing more rapidly than either founder thought it would. Six weeks after its creation the founders shared the link with friends and a few days later, had thousands of people clamoring for access. Currently the website is in an invite-only beta as its creators work on scaling the service and building a strong community.

The idea behind Gentlemint is to make a collection of some of the manliest things around. Surprisingly, co-founder Glen Stansbury said they never had to set any rules or clarify the service’s purpose.

The fact that people are using the site exactly as we thought they would is a tad surprising. Nowhere on the site do we have a guide on what type of content we want, best practices, etc. It’s like everyone just knows what to post once they hit the site. It’s great.

For now, the company doesn’t have a business model in place. Stansbury said they’re “not too worried about it” but admitted they’ve got some good, non-disruptive ideas for creating revenue in the future that will “make the Gentelmint experience better.” Currently the company is being entirely bootstrapped by its co-founders. 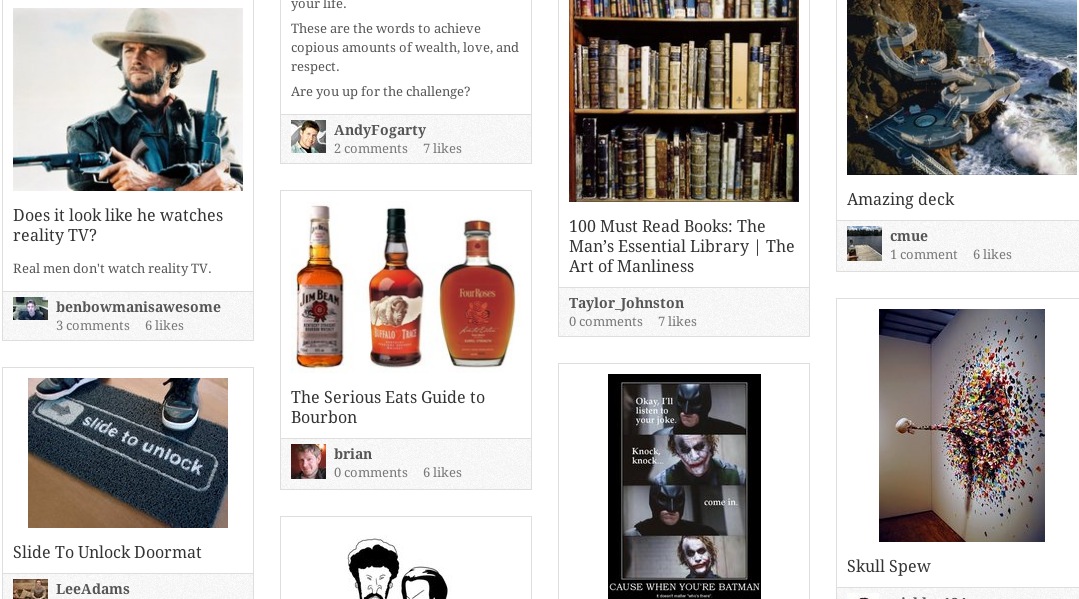 The design is pretty basic and benefits a great deal from it. Posts have a basic thumbnail and caption, and can be commented on or liked (liking a post turns a flat mustache into an upward curl – a nice touch). No serious frills, but it works.

I spend pretty much all day wandering around the internet, so I was really delighted to stumble upon some cool stuff I hadn’t seen before like William Shatner wearing a Ghostbusters proton pack and an article about female celebrities photoshopped with giant beards.

While the links were interesting, the community seemed to be a little vacant. Even very popular posts would only have around 10 likes and two or three comments at most. The smaller, or at least less active, community is most likely due to the service being so new, so hopefully its creators figure out some ingenious ways of bolstering participation as it continues to grow.