Fetchnotes is a handy note taking mobile app that wants to quickly capture those brilliant moments before you forget them. The free app covers everything from to-do lists to in-the-moment ideas, backing up everything in the cloud so you don’t have to worry about losing anything. 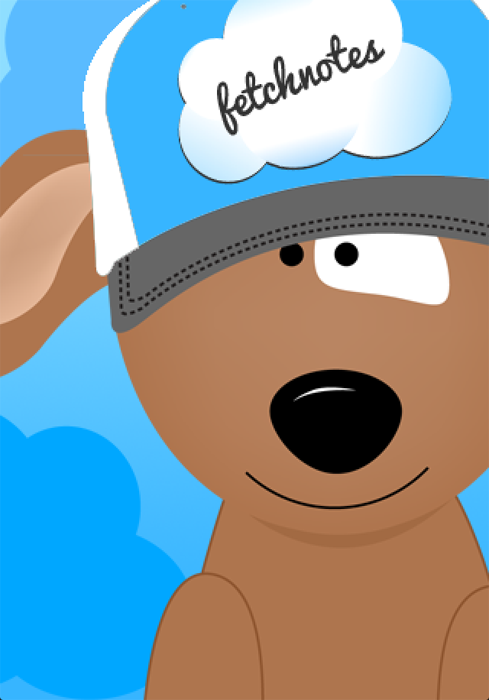 The app was created in Ann Arbor, Michigan, by Alex Schiff and Chase Lee, both students of the University of Michigan. Fetchnotes’ journey began when Schiff lost a year’s worth of notes and precious ideas to a malfunctioning Blackberry. The co-founder struggled to find on-the-go note taking solutions, like e-mailing thoughts to himself, but that quickly became too disorganized. Even after buying himself an iPhone, Schiff became frustrated with the unnecessary complexities of available note taking apps.

“I asked other people what they used and everyone complained about their solutions – whether it was an app or some life-hack type of method like texting/emailing yourself,” Schiff wrote. “So, I decided I wanted to solve this problem.”

The company’s goal from the beginning has always been simplicity: “Everything must be faster and easier than any other application on the market or we’re just not doing a good enough job.”

Fetchnotes launched on both iOS and Android platforms mid last month, and has grown from 3,000 to 15,000 users in only a few weeks. Schiff pointed out that 30 percent of the users they’ve gained continue to use the app every day.

When asked about future methods of monetizing the free app, the co-founder shied away from giving too many details. “We haven’t implemented it yet, and we don’t go into too much detail in press, but it revolves around providing recommendations for products, services and information (some sponsored and some not).” 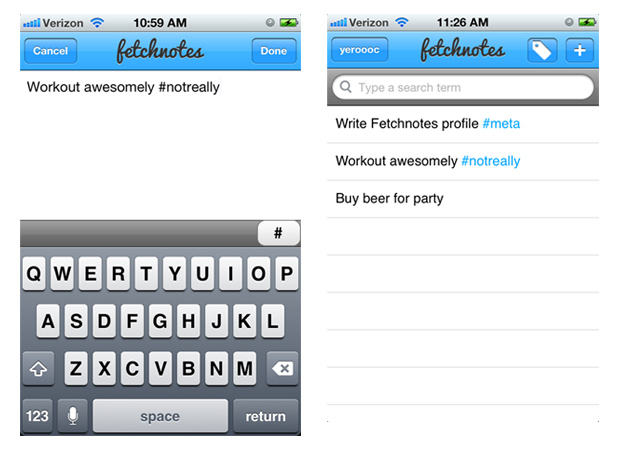 Fetchnotes really is the barebones, simple note taking app Schiff set out to make. After quickly creating an account, you’re taken to the notes screen where you have only two options: search through notes you’ve already taken or create a new one. That’s really all there is to it.

When creating notes you can add a hashtag that will more easily allow you to organize your notes by categories, but beyond that using the program is as easy as typing and saving. No frills – just simple, fast, and straightforward note taking. And unlike Schiff’s Blackberry fiasco, you’ll be able to rest easy knowing that even if your phone gets lost or malfunctions for whatever reason, your notes will be safe and easily accessible through Fetchnotes’ equally simple web app.

Fetchnotes is currently available for both Android and Apple devices free of charge. If you’re looking for the most simple, worry-free note taking app you can possibly find, look no further than Fetchnotes.