[Austin, TX] FeedMagnet is a web application that helps brands curate and display social media from 14 social networks including Facebook, Twitter, Instagram, YouTube, Flickr, Foursquare, and more. Headquartered in the GoLab co-working space in Austin, TX, their team of five is working hard to help Fortune 500 companies add social layers to their websites and events.

FeedMagnet was founded in 2009 by Jason Ford, who had spent the years prior as a UX designer and marketing consultant for various brands. Through his work, he saw growing demand for social curation and decided to go out on his own for the first time.

“I was working in digital marketing on the agency side, helping clients use technology for marketing…and one question that kept being asked was how brands should be using social media for marketing. We had tools like Radian6 for monitoring and other tools like CoTweet for publishing and customer service, but the kinds of things I wanted to do for my clients were more marketing oriented and required not just aggregation, but curation. Huge video walls with hand-picked user-generated social content at conferences. News rooms on corporate sites that feature tweets, videos, and photos–from the company and its customers–in addition to the standard press release stuff. Real testimonials from Facebook and Twitter, updating in almost real time on a product website, to replace the stale, fake testimonials with stock photos that are often used.”

Continues Ford, “All of this stuff required aggregation from social channels, a curation user interface to filter and moderate content, and a display engine that allowed for fully branded creativity on the front-end. I looked for something like this that we could just use on the agency side, but nothing existing. We even built similar things from scratch if a client had enough budget to pull it off, but found they had a limited shelf life as social media is always changing and the thing we built 6 months ago was no longer relevant or didn’t support the latest social channels. So it was out of frustration that this tool that I wanted–that would let me go and build cool things for my clients–didn’t exist yet, that I decided to build FeedMagnet.” 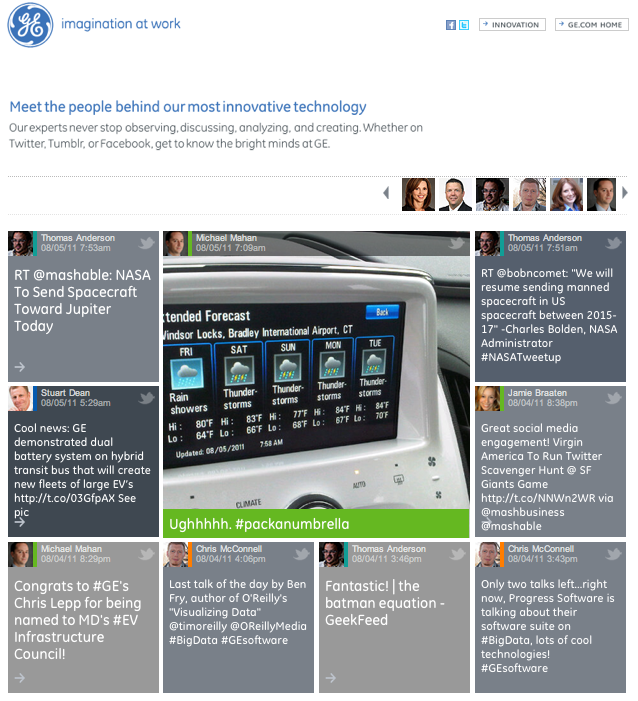 For GE, the team helped build a dashboard that showcased the posts of GE's experts and innovators. 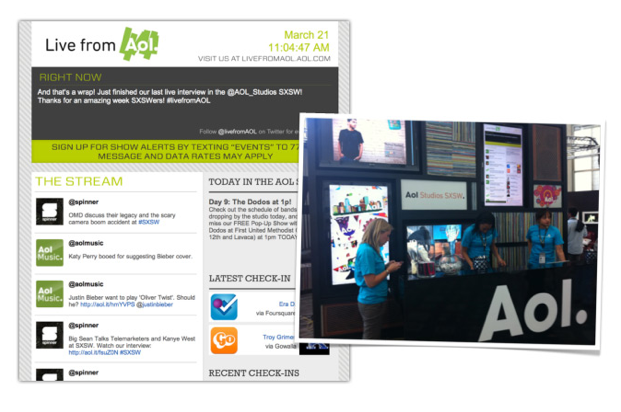 For AOL, the team powered a screen display and microsite that showcased real-time content from AOL brands at South by Southwest (SXSW).

The focus on Fortune 500 companies was not planned. In the beginning, FeedMagnet was focused on consumers, blogs, and small and medium sized business, but the demand in that market just wasn’t enough to keep the lights on. Adapting to the market, they began reaching out to their agency networks who saw it as a great solution for their larger clients.

“Our solution is custom and provides such flexibility so there’s a threshold of brand size where it makes sense. Products and companies that already have a stream of mentions and endorsements out there. Topics where there’s so much noise, marketers need to pull out the signal for their audience,” said Frank Burns, VP of Solutions for FeedMagnet.

Moving forward, the team has recently added the ability to generate pie charts and bar graphs that showcase stats about how many updates mention a topic, user, or location (example on their homepage), as well as full integration with the Instagram API. Beyond product improvements, the team is looking to expand their agency relationships and ramp up their sales team in the near future. 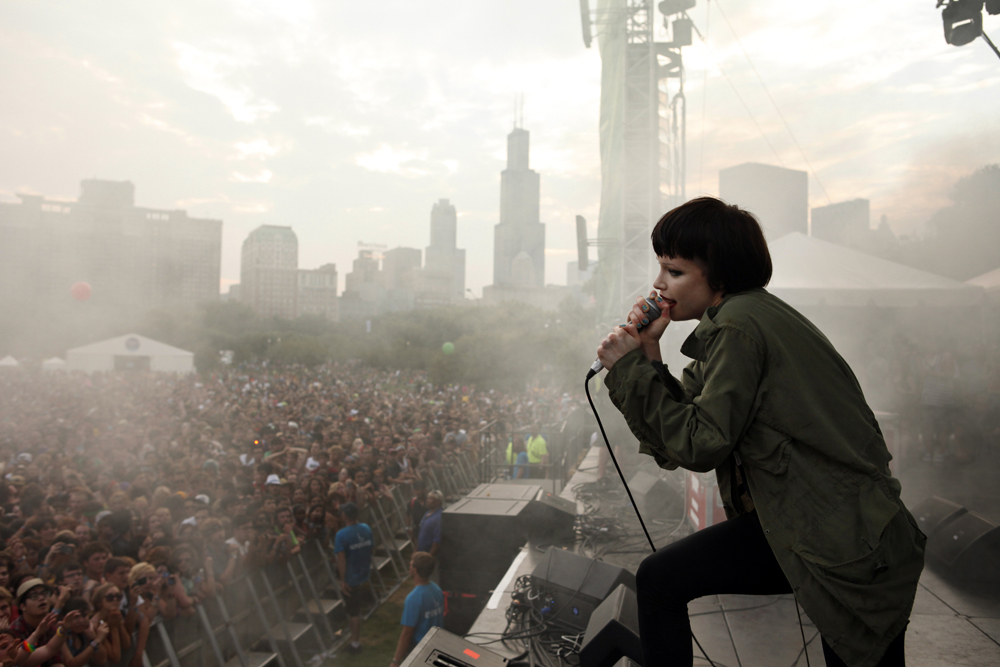 Lollapalooza App Fails To Impress Due To Network Performance