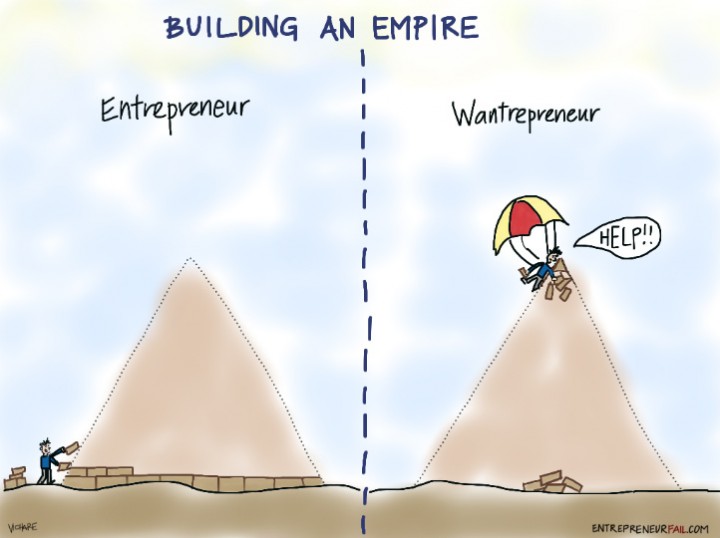 “Rome wasn’t built in a day either…”

I first saw this unapologetic declaration on a billboard sign on a highway that is perennially under construction. And it always reminds me that startups have to be treated the same way.

Entrepreneurs and wantrepreneurs approach creating a startup empire differently.  Firstly, what’s a wantrepreneur? They are the eager beavers who may look, act, and seem like entrepreneurs – but all without owning an actual business!

Let’s examine the wantrepreneur scenario when building a startup empire:

To build an empire you need a foundation, vision, support, and patience. Serial entrepreneurs know this; it is second nature to them. As they move with tremendous speed, they know they have to learn to walk before they run. A scalable, repeatable business model is necessary before expanding too big or out of reach.

How do you approach building an empire? Let us know in the comments below.