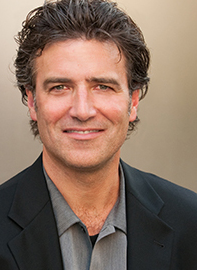 Entrepreneur Bill Loumpourdis founded his company, EDL consulting, in the ashes of the dotcom boom in Chicago in what he called a “crisis-opportunity moment.”

I asked him about the inherent risks starting a business in the tough economy of 2001 and said, “There is always a risk in starting something new, especially in a down economy, but the greater risk to me was to not take that chance and spend my adult life working in a cube for a company at a job I didn’t love.”

As Loumpourdis looked at the landscape in 2001, he knew the Internet wasn’t going to just disappear, but said of the many companies that failed, most were built on “unrestrained greed. Lots of these companies had no business model and the web was being way over hyped.” He continued, “It wasn’t that what the web was capable of was being overhyped, it was when these things would be possible.”

As he started developing his new firm he focused on helping companies, “identify and overcome disconnects among business processes to increase sales and profitability through all channels.”

In December, 2009, to help drive awareness of Force.com, Salesforce launched its “Sites Developer Challenge” for the Force.com platform.

“It was my ‘A-Ha!’ moment,” said Loumpourdis. “I knew that anything built on the platform had to not only function well but look good,” he said, “and I set up a Skunkworks for the four best consultants I knew in e-commerce along with a designer. We only had a week, but things worked out well.”

Explaining further, Loumpourdis said he found out about the contest when there was a week left and his team came up with a fake video game storefront called, ‘GameCraze’ that demonstrated how Force.com could be utilized effectively to create a storefront. The judges at Salesforce agreed and awarded them first place in the category of “Visual Presentation.”

“We knew the Force.com platform was powerful and that no one was focusing on e-commerce” explained Loumpourdis, “and after winning the challenge, I knew we had the opportunity to be the 1st to market Enterprise e-commerce package for Force.com.”

“CloudCraze suddenly allows mid size companies to take on the bigger players without having to connect all the various silos of your business and spend massive amounts of money doing so,” said Loumpourdis. “For a typical implementation of an e-commerce platform, a company would have to spend in the neighborhood of $500K – $1,000,000 and take six to twelve months to develop.”

“Because of the price and time barrier only large enterprises could afford to do this and CloudCraze now allows mid-market companies to get into the game for anywhere from $100K – $300K and compete with the big guys.”

CloudCraze has been live since August of 2009 with their first client, LI-COR Biosciences, a company that manufactures software and instruments for the life sciences industry.

“Within nine weeks of getting the specifications from LI-COR, the LI-COR e-commerce site went live and their sales have been up 23% since using the solution we developed for them with CloudCraze” said Loumpourdis. “Now LI-COR has an easily administrated and maintainable e-commerce site that would have cost them much, much more than what we were able to provide with Force.com. The site’s maintenance has drag and drop functionality and has made the running of their business much more efficient.”

In December of 2010, Salesforce.com is putting on their Dreamforce convention and Salesforce is planning to use EDL’s CloudCraze as an example of a success story as to what can be done with the Force.com platform.

Business has been good Loumpourdis reported revenue for 2010 is approaching $10 million. 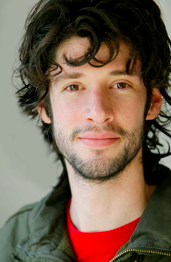 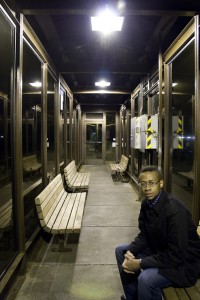 The Front Brake Light: An Automotive Innovation Takes Shape in the Heart of Flyover Country