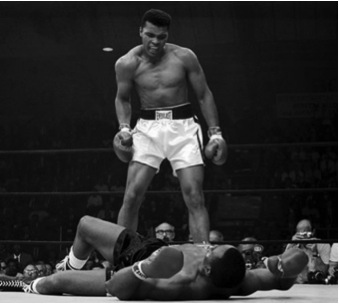 Startups are full of crazy people.  We hope that it’s mostly the good type of crazy, but anyone attracted to risk and big (and scary) ideas has to have a couple of screws loose.  Elon Musk, the world’s best maker of electric cars, rockets that dock at the ISS, and solar panels, said that a friend of his described founding a startup as “chewing glass and staring into the abyss.” Personally, that feels a bit heavy, but like I said, startup people are crazy.

Over the course of my five years in the startup world, I have found it useful, if not totally necessary, to find people like me.  That search for a community of like-minded crazy people is not easy, but there is certain amount of comfort that comes from knowing that you aren’t the only person saying and doing things that are just a bit different.  Over time, I have gravitated away from my friends who are accountants, lawyers, and salespeople, and toward artists, creatives, and other startup founders.

Many traits differentiate the two groups, but perhaps the most prominent separating most people from the ‘crazy’ ones is free thinking.  People who have figured out how to break themselves away from typical thinking patterns, the narrow socially acceptable beliefs, are not only more interesting, but also have the potential to develop well beyond their peers.  If your approach to a situation or problem is typical, in-the-box thinking…then your resulting action is also likely to be typical.  This forever puts you on the same trajectory as everyone else, safely between the lines.

Free thinking, at least to some extent, is cultural. There are places where it is more acceptable, even encouraged, to be radical and contrarian.  Famed workplaces like Pixar and Google X, and areas like 1970’s Greenwich Village, attract and breed these types of thinkers. 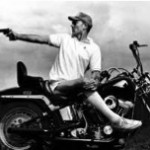 Interestingly, Louisville boasts two of the most famous free thinkers of the 20th century: Hunter S. Thompson and Muhammad Ali.  Hunter S. Thompson represented the counter-culture of the turbulent 1960s and 1970s as much as anyone, inventing (and popularizing) gonzo journalism in which he, for example, lived amongst the Hell’s Angels motorcycle gang for over a year, just to publish the legendary Hell’s Angels: The Strange and Terrible Saga of the Outlaw Motorcycle Gangs. His best known work, Fear and Loathing in Las Vegas, was later immortalized in a movie of the same name.  Hunter was known as an irreverent, extreme thinker, who had strong feelings about everything…and wasn’t afraid to force others to confront their own feelings about these subjects.

‘The edge…there is no honest way to explain it because the only people who really know where it is are the ones who have gone over.’ –Hunter S. Thompson 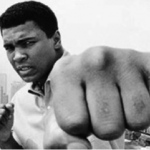 Muhammad Ali, perhaps the most recognizable person in the world, is a celebrated athlete, humanitarian, and activist.  Ali was in his prime at the height of boxing’s popularity, and quickly transcended the sport itself.  A consummate showman and self-promoter, Ali popularized trash-talking ahead of his bouts, often speaking in rhyme with incredible ease.  Tearing down the archetype of the submissive, polite black athlete/entertainer, Ali was bold and brash at a time when the civil rights movement was picking up steam. His bravado, and charm, made him the biggest ‘get’ for talk shows, interviews, and events worldwide. If Will Smith plays you in a movie, you did something right.

But Ali was also a controversial draft dodger and Islam convert, shedding his Cassius Clay birth name around 1965. Legend has it that Ali’s dissatisfaction with his treatment as a black man in Louisville, even after becoming a household name and decorated Olympian, drove him to throw his gold medal into the Ohio River.

You can be a free thinker in any field.  Some of my favorite free thinkers in Louisville are at non-profits. They are writers or real estate developers. In marketing, management, education, and government. The key is to foster a community culture that values these ‘crazy’ people; creative, out-of-the-box thinkers that can accelerate our development and trajectory as a city. And you can look to two hometown heroes for your inspiration.