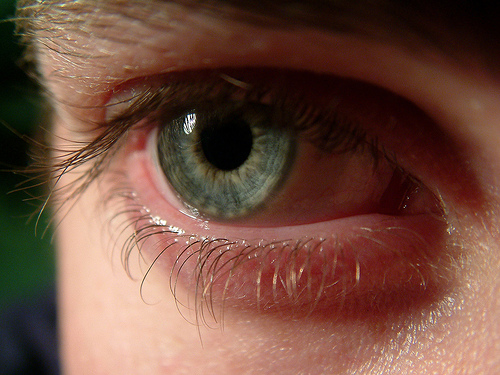 The University of Buffalo Center for Unified Biometrics and Sensors has developed a lie detector that reads deviations in eye movements to detect when a human is being untruthful. The machine has a success rate of 82.5 percent, surpassing even interrogation experts, who at best have achieved 65 percent success in lie detection.

The machine works by comparing statistical models of human eye movement with those read on the current interviewee. The technology focuses on deviations from the normal range of eye movement, which occur when the average person is consciously telling a lie. Interviewees were asked questions specifically created to prompt a lying response, and any significant deviations were recorded by the machine as a lie.

The study’s sample size was rather small – only about 40 cases were used to test out the new technology. The interview tapes were drawn from a previous study in which participants were given the opportunity to steal a check made out to an organization they disliked. They were asked after a few minutes of casual conversation directly about the check in question, and those who lied successfully received a monetary reward.

The project was headed by research assistant professor Ifeoma Nogwu, along with Nisha Bhaskaran, Venu Govindaraju, and behavioral scientist Mark G. Frank. The technology was first showcased at the IEEE Conference on Automatic Face and Gesture Recognition in 2011.

Nogwu admitted that the machine can still be fooled by expert liars, whose eye movements remain stable through both regular conversation and the willful telling of a lie. In the future its creators hope to combine the system with technology that can analyze body language on top of eye movement patterns.

Scientists have been wary at best when it comes to the accuracy of current lie detection methods. Polygraphs rely on voice stress analysis and heart rate monitoring, and have been accused of providing largely inaccurate readings. Other, more current forms require brain monitoring through MRIs and are still in heavily developmental stages. Though it’s certainly not going to replace professional interrogators anytime soon, the University of Buffalo’s new lie detecting technology could be a crucial assistant to investigators everywhere.

Judging by its success rate (and mine), I’m entirely positive this machine could figure me out in a heartbeat.