The Death Of Megaupload And The Unfortunate Rise Of Takedown Tactics

Even though the internet has won many of its recent victories over the web-censoring bills SOPA and PIPA, there was one recent casualty in the war for a free web that has a lot of legitimate users in an outrage. MegaUpload was shut down in January of this year for allegations of being used to distribute copyright material among its users, but many who used the service for personal data storage have yet to hear anything about the files that were seized from them by the FBI. 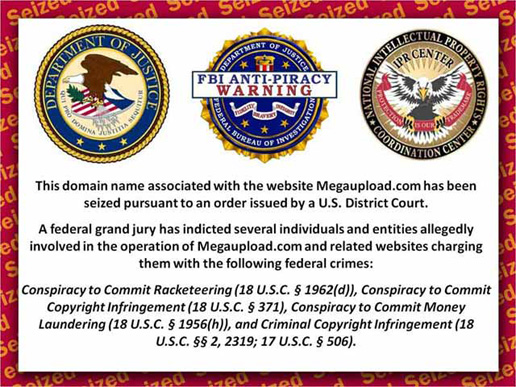 This is the homepage of Megaupload today.

Immediate backlash flooded Twitter and reddit, and the government has yet to respond to any of these irate users or issue any kind of notice as to what will happen with the files. For now the question of whether or not they will get anything back is uncertain. Hacker group, Anonymous began denial of service attacks on both the FBI and Department of Justice websites, bringing them down along with those of the RIAA and Universal Music Group. Since the takedown, affected MegaUpload users have organized a lawsuit over the lost data.

Since the death of Megaupload, many have begun questioning whether or not these kind of forceful takedowns are even effective at combating piracy. According to a study by DeepField Networks, the closure of MegaUpload only led users to find the same content on other file-sharing websites hosted outside of the United States, and only slightly decreased filesharing activity overall. Musician Jonathan Coulton commented sarcastically on his Twitter account, “Any other musicians out there notice that ever since they shut down MegaUpload, the money has just been POURING in?”

Gabe Newell, head of Valve and its popular digital distribution gaming service, Steam, believes the war on piracy can only be won by providing a better service. “Piracy is almost always a service problem and not a pricing problem,” he said in an interview with the University of Cambridge’s newspaper. Newell believes that making it easier to obtain and use content legally will offset the trouble of piracy. Steam’s estimated revenue in 2010 was $970 million.

Recently, comedian Louis C.K. followed suit as he distributed his new stand up special through his personal website without the help of major networks. He sold the show to users for a very reasonable $5, where they could stream or download a copy restriction-free directly from the website. He later wrote a follow-up blog, stating that in 12 days he’d made just over a million dollars from selling the special, even providing a screenshot of his PayPal account as proof of his success. 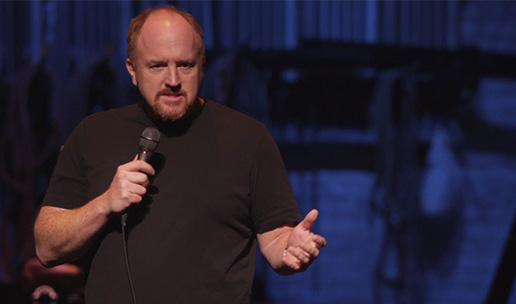 With stories popping up every day about the MPAA chasing down file-sharing websites and their users, along with the impending threat of other internet censoring legislation like ACTA, which goes even further than SOPA or PIPA by including international agreements, surveillance of private channels, and ISP monitoring, it seems for now there’s no end in sight to the war on piracy. Hopefully continuing stories of successfully combatting piracy, like those of Louis C.K. and Steam, will promote more customer-oriented policies like Newell’s in the future, and someday prove these forceful takedown tactics unnecessary.