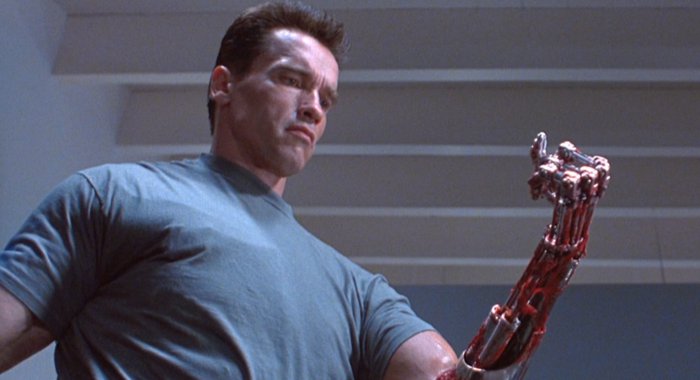 It’s extraordinary to consider how much humans and other animals are able to do with energy their bodies recover from food. At least, it’s impressed some folks at the Defense Advanced Research Projects Agency: This week, DARPA challenged researchers to find new ways to bridge the gap between power-thirsty man-made robots and energy-efficient biological systems.

“Bones, muscles and tendons work together for propulsion using as little energy as possible,” the agency wrote, in an introduction to the initiative. “If robotic actuation can be made to approach the efficiency of human and animal actuation, the range of practical robotic applications will greatly increase and robot design will be less limited by power plant considerations.”

While the initiative applies to hobbyist and consumer-oriented robotics, DARPA has focused on its relevance to the bleeding edge of innovation: robots built to deactivate explosives, shut down toxic spills and deliver critical supplies do little good if they run “out of power after ten to twenty minutes of operation,” the agency said.

The effort is part of the Maximum Mobility and Manipulation robotics program, an ongoing DARPA robotics initiative to push the development of advanced and practical automation. But administrators at the agency hope the talent pool of innovators will push technology forwards in a range of related fields, notably medical science.

“By exploring multiple aspects of robot design, capabilities, control and production, we hope to converge on an adaptable core of robot technologies that can be applied across mission areas,” DARPA program manager Gill Pratt. “Success in the M3 Actuation effort would benefit not just robotics programs, but all engineered, actuated systems, including advanced prosthetic limbs.”

The initiative calls on robotics developers to pursue two track: One seeks to increase the untethered battery time of robots built at the scale of DARPA’s Robotics Challenge program by a factor of 20, while the other will focus more broadly on improving the efficiency of actuators at various scales and without the requirement to apply it.

Robotics may have lagged behind the environmental curve, but limited battery capacity has forced developers to push the efficiency of some consumer electronics devices to their limits. Recent research by The Electric Power Research Institute found that fully charging an iPad every other day for a year amounts to only about $1.36 of electricity.