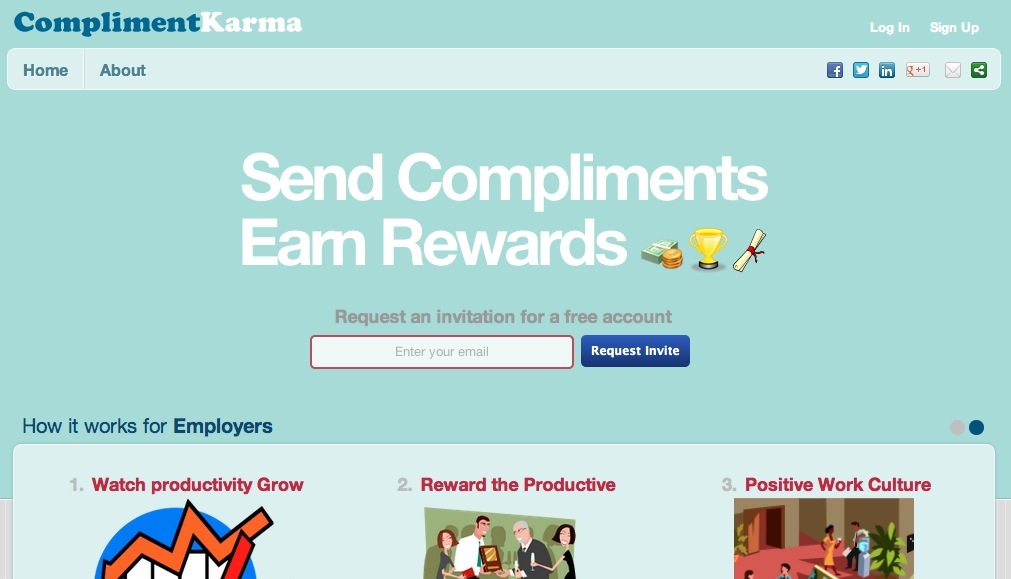 Achievements are all the rage these days, and one Chicago startup is making sure that employees never feel like their hard work is being undervalued. Compliment Karma is an achievement recognition service that enables employers and business partners to keep track of the progress of their workers, and reward those who are working the hardest with both virtual and cash incentives.

Compliment Karma was founded by Aman Singh and Mike Hoitomt, who are collaborating on the startup across the Illinois-Wisconsin state line. The free platform went live in closed beta at the beginning of August, and since then ten companies have begun using the rewards system, with more to be accepted through invitation sign-ups.

“Our philosophy is to create a highly positive environment for all our users with real benefits instead of just fluff,” said Singh. “Coolness factor is important but should never replace providing meaningful benefits to all the users, while creating a win-win opportunity for all parties involved.”

The Chicago startup is hoping to stand out from other employee recognition services like Badgeville by keeping their platform open and free to use. Compliment Karma also offers advanced administrative features for a nominal monthly fee based on the number of employees using the service.

Compliments can be exchanged between coworkers, sent through social networks, and ultimately serve as proof of experience for hard working employees. In addition to being free to access, employees can take their achievements with them if they move to another company, so they can rest easy knowing their accomplishments will follow them wherever they might end up.

Despite the distance between them, the two founders remain active members of the Chicago startup scene, attending area meetups and conferences like Built in Chicago events and the monthly Technori pitch. “We feel proud to be part of such an environment,” said Singh.

Compliment Karma is continuing to test its features with current users and work on future updates to the rewards platform. “Feedback has been pretty promising and we are looking forward to launch some super cool features in the near future,” Singh said.

Employers interested in starting a free Compliment Karma account for their workplace can request an invite to the beta program on the company’s homepage.

Corey, thanks a lot for such a well written article.