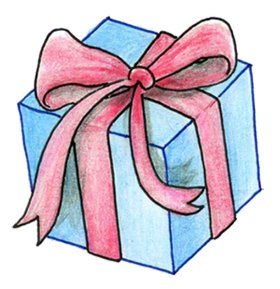 Dropbox has not mentioned Google by name in promoting the space increase, which itself has only been noted obliquely as part of the announcement of an automatic photo upload tool. The new Dropbox photo service, which brings automatic uploads to non-Android platforms and includes an online photo-viewing service, also lets users – including free users – earn more space by uploading photos.

“To help you get started with the new feature, we’re giving you 500 MB of free Dropbox space for every 500 MB you upload via Camera Upload, up to a total of 3 GB,” reads the site. “All you have to do is let Camera Upload do its thing.”

It appears that the extra space, which continues to exist even if the photos are deleted, can only be used for the Camera Upload folder. The longer-standing Dropbox promotion that lets users earn 500MB extra per referral is still in place.

Dropbox’s augmented tools for viewing and managing photos may also be part of a company strategy to deal with Google Drive, which is integrated with a number of other products in the Google family, including Google Docs and YouTube. Dropbox’s core functionality, though, will almost certainly remain a user-friendly file-syncing tool.

When it has broken its silence, Dropbox has been dismissive of Google Drive, pointing to Dropbox’s simplicity and ease-of-use in contrast to Google’s do-it-all, increasingly social push.

“Dropbox does one thing and we do it better than anyone else,” a Dropbox spokesman told the New York Times in an email message. “Companies of all shapes and sizes have tossed in their hats over the years.”

Dropbox’s sleekly integrated client application and established role in the cloud file storage world aren’t the only challenges facing Google’s promotion of Drive. The service has also come under criticism since its launch for vague terms of service that, some critics charge, leave it unclear whether Google is allowed to use or lay claim to the content of uploaded content.