If you’re searching for a simple to-do list that you won’t dread looking at, it’s Cheddar. This stripped down productivity app for the web and iOS auto-syncs across your devices, so you’ll always have your list on you. Before we talk about what this app is, let’s talk about what it is not.

Cheddar is not a souped up to-do list attached to project management system. You can’t assign tasks to people. Personalization is not encouraged for users of Cheddar. You can’t tag and organize the list items beyond using a simple hashtag, but you can use markdown for emphasis. Cheddar is not going to tack on more work, which wastes productive time. Instead, Cheddar is the most simple and easy to use to-do app out there. 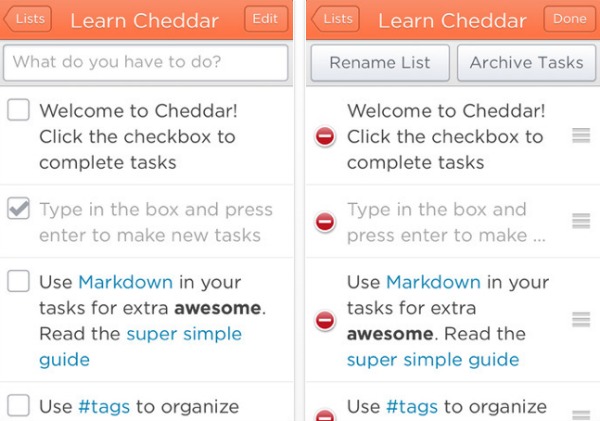 Cheddar simplifies search within the app by allowing users to assign hashtags to each item. Users can’t delete items, but they can be archived. 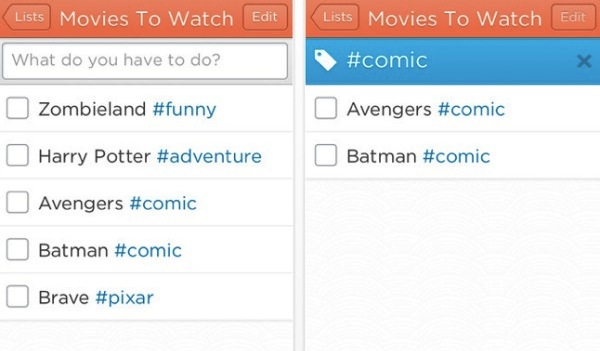 The app also doesn’t sync with iCloud or Dropbox. Users who want a smart to-do list with data that can be saved and used with other apps wil be disappointed. But that’s not the point of Cheddar. Users who simply want an ongoing paperless list of things that need to be done and the ability to check them off will love Cheddar.

The app was made by Nothing Magical, a company that strives to “make simple products that people want.” Founded by former Lead iOS Engineer at Hipstamatic Sam Soffes, Nothing Magical seems like it will churn out a series of easy to use apps rather than trying to make one feature-rich task app. Considering that Soffes’s success with the wildly popular Bible app that launched on day one of the App Store, Soffes understands the power of creating a simple app that is used by millions of people.

The pricing structure that Soffes has created for Cheddar is simple too. The apps is free for two lists with unlimited items across all devices. Users who want to create more lists will have to pay $1.99 a month or $19.99 for the entire year.

In a world where APIs and project management are creeping into our every interaction with mobile apps, it’s refreshing to use an app with no frills. Cheddar will save you time by cutting down on the data entry that is required of most to-do apps, so that you’ll have more time to get your actual tasks done.