Home > Blog > CEO Sundays: How Cleaning Dumpsters Lead Me to the Web; Lessons from My First Business 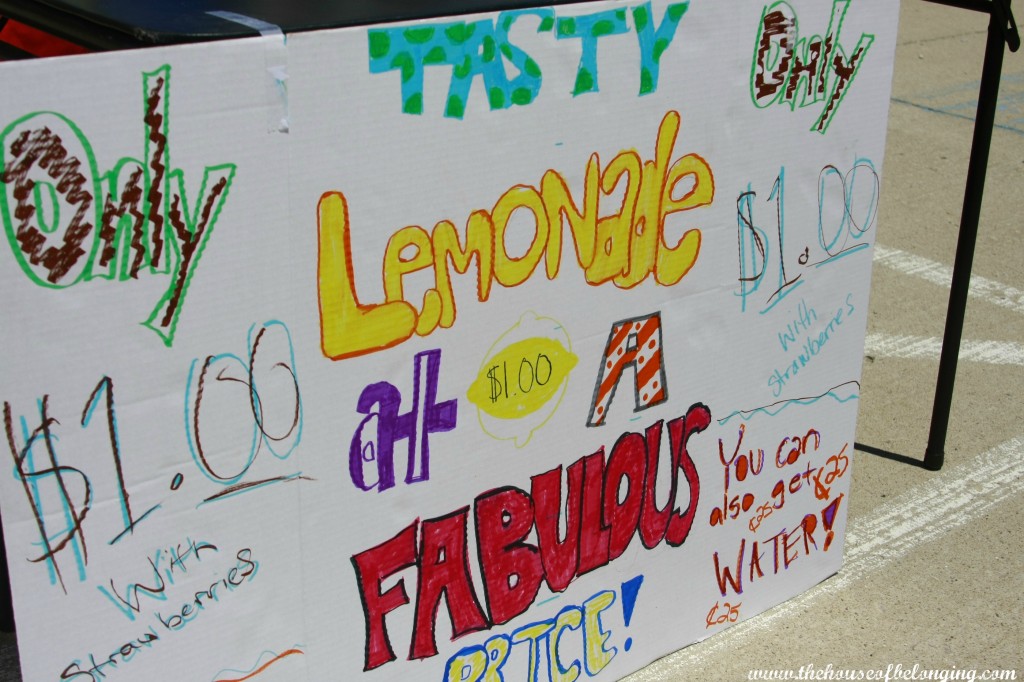 CEO Sundays: How Cleaning Dumpsters Lead Me to the Web; Lessons from My First Business 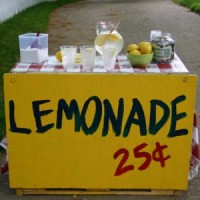 Written by Kris Petersen, CEO and founder of DealsGoRound

The articles I’ve read about entrepreneurs often mention the person’s first childhood business. They sold candy out of their locker, shoveled driveways in the winter or even rented out their video games. My first business came later in life and was a lot less clichÃ©. I cleaned dumpsters and sidewalks.

My first job out of college was as a technology consultant at PricewaterhouseCoopers. I traveled across the country with a team of consultants implementing warehouse and transportation management systems in massive distribution centers. One of my responsibilities on every project was re-training the hourly workers on new technology and, essentially, on how to do their jobs. In some cases, these workers had been doing these jobs for longer than I’d been alive. As someone who actually got carded to sit in the exit row of a plane at the time (you have to be at least 16) those training sessions always started out a little rocky. It never took long however, before I had a room full of friends, was being invited over for dinner and being propositioned to date daughters (no joke). It was one particular friendship and series of conversations in a K-Mart distribution center in Newnan, Georgia that changed my life forever.

The idea for my first company, Aquarius Pressure Washing, Inc., was hatched during a friendly conversation before a training class for forklift drivers. One of the drivers was explaining that he drove a forklift 40 hours a week because it provided health benefits for his family, but one or two nights a week he would pressure-wash the semi-trailers at the distribution centers in the area. He made more money pressure washing one or two evenings a week than he did 40+ hours on a forklift.

The conversation continued for a few minutes more and I was absolutely fascinated! I wasn’t so much caught up in the “make more money” aspect as I was in this guy’s story and his business. This wasn’t my first exposure to an entrepreneur in the wild. My father quit his job and started his own company when I was 8. I wrote their first payroll program in BASIC when I was 14. Anyway, my father’s business, BPSR, sells industrial heating elements and still to this day, I don’t quite grasp the entirety of everything involved. I learned a lot from my dad’s business growing up and I’m positive that’s where I inherit my entrepreneurial flame, but there was just something about spraying a hose on a trailer that made sense to me and poured some gasoline on that flame.

A few weeks of research and $6,000 later, I formed my first S-corporation and my parents’ third garage spot was taken over by rubber boots, hoses, a trailer and a pressure washer the size of a golf cart. I hired my older brother as an employee and we were ready to go. We had zero idea of what we were getting into, but whatever it was, we were ready – or so we thought.

Lake, IL. I hit up all kinds of restaurants, retail stores and the movie theater with no success before stopping at Applebee’s. Armed with a binder full of online printouts and having never used a pressure washer in my life, I gave the manager my best pitch to get the gum off his sidewalks, wash their awnings and clean their dumpster pads. I don’t know if I gave an Oscar-worthy performance or if my pricing was flawed, but I walked away from that conversation with a contract for every Applebee’s in the Chicagoland area; 23 to be exact. My mind was in a strange shuffle between an excited “hell yes” and a nervous “oh s#@t!”

The next six weeks were somewhat of a blur. I traveled for my job at PwC Monday through Friday and would go right to my parents’ house from the airport on Friday evening. Bedtime came early, as the alarm was set for 4:30am so we could get out to a job site as soon as the sun appeared to try and knock out two locations before the managers or customers started showing up around 10:00am. After the drive home and a quick shower to wash away the grease and grime from the jobs, I’d have the rest of the day to hang out with my then-girlfriend and now wife, Starrin, and my friends and family. Bedtime came early again on Saturday as the alarm was set for another morning of 3000psi of boiling hot water. Once our work for the weekend was completed, it was time to head back to my condo in the city so I could swap out the clothes in my suitcase and get ready for the next week on the road.

The following five years were nowhere near as hectic as the first six weeks, but I continued selling jobs and spending several weekends a month racing around the Chicago suburbs cleaning concrete before most of my friends were even out of bed. I added some movie theaters, golf courses and strip malls into the mix, but the relationships were always hard to maintain as the management was constantly changing. My relationship with my brother was also getting harder to maintain as he found the 4:30am alarm clock less and less appealing with each passing weekend.

The turning point and downfall of Aquarius began somewhere in year three when I was in Boston for a wedding. I received an early Saturday morning call from a movie theater and long-time customer. The theater’s manager was furious that we had not been out that morning as scheduled. His corporate inspection was a couple hours away and his main entrance was covered in bubble gum, spilled soda and popcorn grease. As I made frantic calls to my brother, the theater’s inspection time came and went. Helpless and 850 miles away, I settled into my first failure as the owner of a business.

We never cleaned that movie theater again, nor any of its corporate counterparts. Losing that contract was a huge blow to our revenue and more importantly, my morale. Never before had I been personally responsible for such a public failure. At the same time, this was just the type of thing I needed to take a step back and evaluate where I stood with this business. The result…I was over it. I hated the 4:30am alarm, not seeing

my girlfriend and friends and the thick layer of tension it built between my brother and me. My decision was made.

Aquarius Pressure Washing existed for two more years on “life support.” I didn’t make any outbound sales calls, but I continued to serve my existing clients when they called on me. Some months I would do two jobs and some months I didn’t do any. I was fine with that. I also tried halfheartedly to hire a new employee with no success. Somewhere during that time, with the opportunity for some separation, I was able to make the conscious switch in my head for Aquarius from a failure to an absolutely amazing learning experience. Outside of the hard skills like corporate accounting and using jumper cables to start a pressure washer when you forget the keys at home, I learned some great personal lessons that I still carry with me today.

Lesson #1 – Learn what you like about business and, more importantly, what you don’t. Having to physically be somewhere to make money isn’t for me. This is what lead me to the web with NeighborHuddle and now DealsGoRound.

Lesson #2 – Know the value of your time. $300 for two hours of pressure washing was awesome! The problem was that one job alone required half of my weekend, which was the only time I had to spend with family and friends, before getting on an airplane again every Monday.

Lesson #3 – Know when to call it quits or change direction. Fortunately for me, the Boston movie theater incident forced a major chance in my direction. As a first-time entrepreneur with my ego on the line and blinded by determination, I don’t think I could have quit or changed directions on my own.

Lesson #4 – Making cold calls is an invaluable life skill. My first sales calls were a reflection of what was to come in business and in life. I heard the word “no” at least twenty times more than I heard the word “yes”, but my resourcefulness and persistence pulled me through. 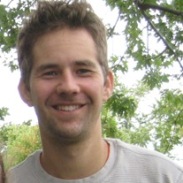 Kris Petersen is CEO and founder of DealsGoRound, the world’s first secondary market and organization tool for daily deals. Prior to taking on DealsGoRound full-time, Kris worked as an Entrepreneur in Residence at Lightbank, Sr. Technical Analyst at 1SYNC and Technology Consultant at IBM (formerly PwC). Kris graduated from the University of Illinois in 1999 with a Bachelor of Science in Business Administration and is self-taught in web development and design. 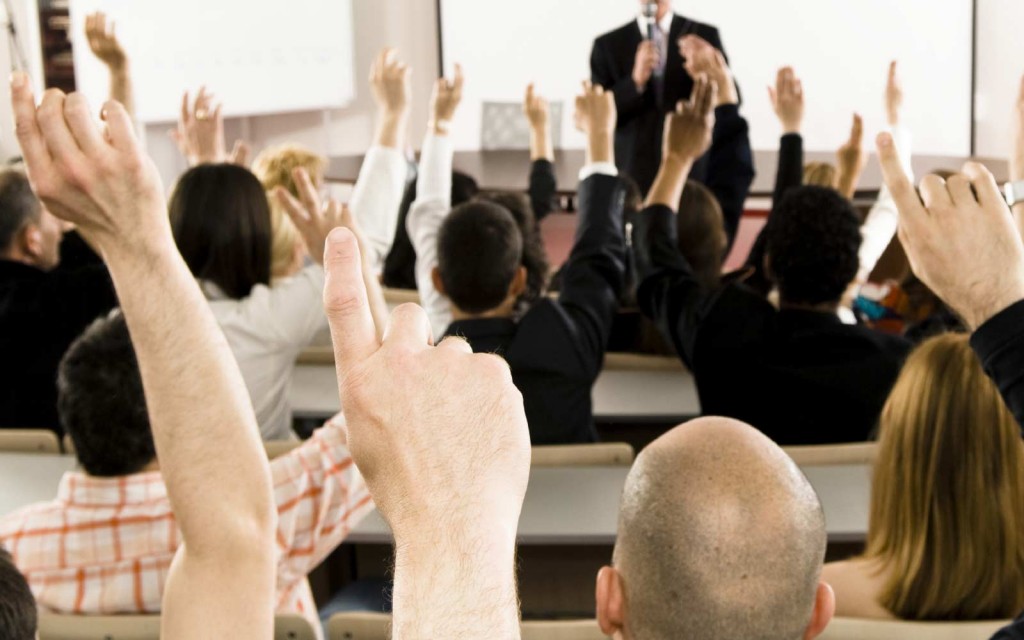 Fatminds Brings Education to You