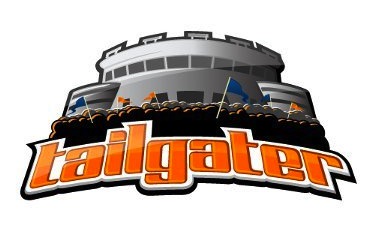 Building a technology startup from Mississippi is hard. Extremely. Hard. Unlike the Valley, the Alley, or most other large cities in the United States, programs created to help tech entrepreneurs are few and far between here. There are no technology incubators, startup programs, shared co-working spaces, or hackathons. We don’t have meet-ups or tech networking events. We have dusty back roads, four-wheelers, and big bucks (deer). While early tech adoption among young professionals in the form of consumer electronics is pretty strong, I can count on two fingers the number of people I have met here that have any real coding or web development skill. I could use the same hand to count the number of people that know what a Klout score is or could name Netflix’s failed-before-it-began spin-off DVD service. I love Mississippi, but the resources just aren’t here.

The lack of talent in Mississippi forced me to go outside of the state and even the country to find developers and designers that could help me bring to life the crazy ideas that pop into my head daily. In the past I’ve worked with people in Pakistan, the Phillipines, India, and Russia; more recently I have switched my focus to the U.S. and connected with guys in New York, Nashville, and Savannah. In the process I was able to successfully build two iPhone apps, release an ebook, and start development on Tailgater with the help of people I had never seen with my own two eyes.

This route had its drawbacks. After working for 4 months on Tailgater with my first developer, we ended up having to part ways. Not only was he a poor communicator, which is a pretty important attribute to have when you aren’t working in close proximity, but he missed crucial deadlines as well. He ended up taking the code he had produced and I was left to start over from scratch! I filed that experience away in the “Mistake/Lesson learned” drawer and moved on.

The moral of the story is: start building. As entrepreneurs we are going to face challenges every day; whether it’s the absence of talented co-founders, poor market conditions, limited or no startup experience, lack of coding or design skills, or a shortage of funding, no situation is ever going to be perfect. If you allow yourself to make excuses about the things you’re missing, you’ll never have the chance to concentrate on the things you have. If I had allowed my location and lack of resources to discourage me from building the things I believed in, I would have missed all the amazing experiences I have had over the last several years.

So start building. Find some people who share your vision, build something, get it in the hands of users, and then iterate dynamically. It doesn’t have to be perfect. Hell, it doesn’t even have to look pretty. It simply has to solve a problem. And if you can just start the process of building whatever it is that has the hamster turning the wheel in your head, you’ll solve your biggest problem as well.

Thanks Adam!Â  I enjoyed writing it.