Portland, Oregon is a city where people make things. The American DIY (do-it-yourself) movement was popularized there, and on any given weekend, SE Hawthorne becomes a mall of refurbished vintage furniture and vintage clothing stores. Portland manufactures and exports culture, but the city is also home to an underground movement of independent inventors who came out to demonstrate their work at the Mini Maker Faire event this weekend at the Oregon Museum of Science. Close to 3,000 people attended.

The Mini Maker Faire events happen in cities across the world as part of the larger Maker Faire movement based on the original faire held in San Mateo, California in 2006. Unlike art fairs where the work is available to purchase and not to touch, Maker Faires are meant to be experienced. According to the Maker Faire website, “Maker Faire is the Greatest Show (and Tell) on Earth a family-friendly festival of invention, creativity and resourcefulness, and a celebration of the Maker movement.” Adults and children are welcomed into the world of the inventors, whose booths lined the Willamette River this weekend. 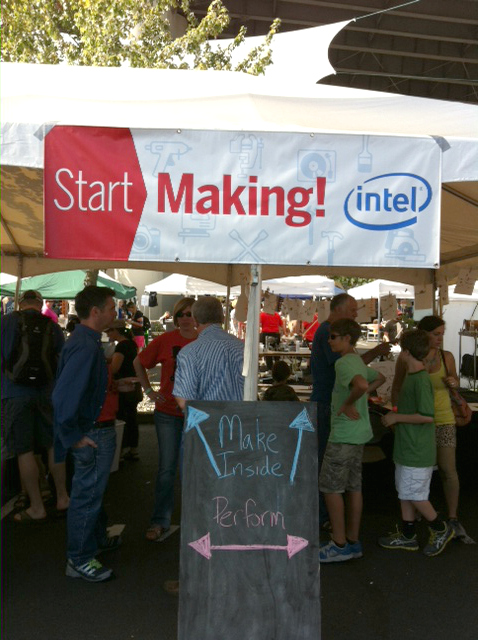 The makers in attendance ranged from nonprofit organizations like OlyMEGA, a Makerspace located in Olympia, WA, to Surplusgizmos.com, an ecommerce store that sells gadget parts and supplies. Throughout Saturday and Sunday, a main stage called the Innovation Stage featured talks by influential inventors and technologists like Jay Silver, creator of MaKey MaKey, and Eric Thompson, engineer at Low Voltage Labs.

What made the event especially interesting was the juxtaposition of high and low tech. While one booth featured high school aged kids showing off their basketball shooting robots, just a few yards away a crowd gathered to view a demonstration about how to start a fire with just a rope and a stick. 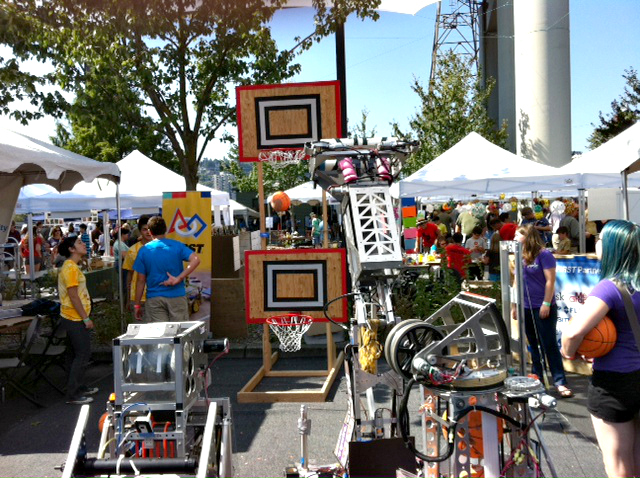 Since the purpose of the Mini Maker Faire was to encourage participation, no one flinched when a small child was on the ground, participating in the fire starting demo by holding the stick steady. The biggest hit of the day with the kids wasn’t fire (thankfully), but rather the museum of science’s giant 20′ trebuchet that launched pumpkins through the air each hour.

Events like this are fun, no doubt. But they do provide an important service to the communities that choose to host them, because they validate creative expression through technology. The celebration of non-institutional invention and ingenuity is what helped create Apple and Microsoft. The DIY computing movement was brought out of the garage and into the public thanks to the infamous Homebrew Computer Club of Silicon Valley. Apple founders Steve Jobs and Steve Wozniak were members of the club.

Want in on some of the action? Find a Maker Faire near you. 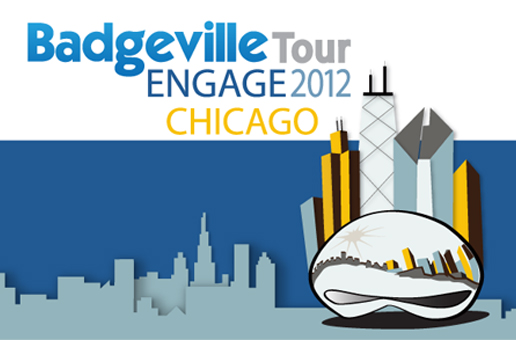 Explore The Benefits Of Gamification At Badgeville Engage Chicago 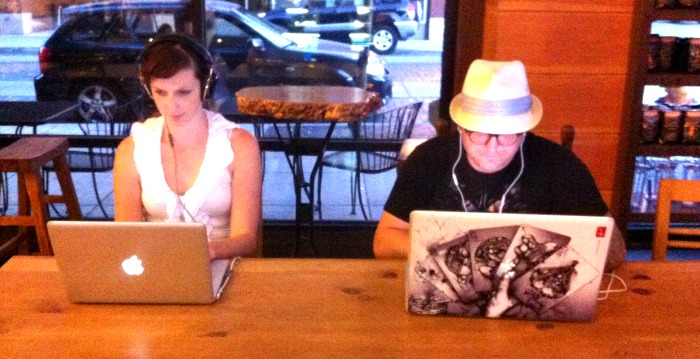