For many of us, a home is so much more than just where we store our possessions and rest our heads. It is an incredibly important aspect of our lives which can influence many other areas such as comfort, safety, and finances.

Chicago startup BrightLeaf understands this, as the company strives to build beautiful, affordable and, sustainable homes for local residents.

The novel startup has built its business model on the importance of being green, stating, “To sustain what we have and to have a bigger impact than the generations before us, we needed to look at doing things differently. One major factor that is dear to us is energy.” 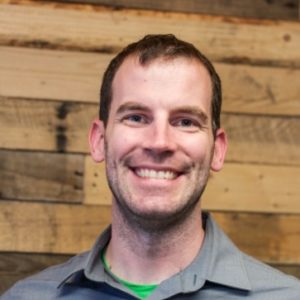 One of the ways the company tackles energy consumption is through the use of windows. According to Scott Sanders, Founder of BrightLeaf and self-proclaimed tree hugger, many windows for local houses face either East or West, which restricts a lot of natural light, thus raising energy prices, reports ChicagoInno.

To combat this the startup strategically place windows on the south-facing side of the homes, allowing a greater amount of natural light and heating in the Winter.

BrightLeaf homes also come with additional energy-saving features such as dual-flush toilets and water-conserving faucets. Concern for the environment also plays a pivotal role in sourcing the company’s resources as most of the materials used to build the homes are locally sourced, reclaimed when possible, and are made with organic compounds.

The Midwest may have an intimate history with fossil fuels; however, as the benefits of renewable energy become more evident, so does the Midwest’s appetite to accommodate it.

Just recently, St. Louis, a city that resides in a state with a long history with coal, announced that it will be the largest city in the Midwest to commit to a goal of 100 percent clean energy.

“This is the way of the future,” St. Louis Board of Aldermen President Lewis Reed told ThinkProgress. “If we want to be a modern city, we’re going to have to be a more renewable city.”

Moreover, this is not the first instance of recycled, environmentally friendly housing gaining attention within the US. In 2010, Dan Phillips gave a TED talk on his work building homes out of recycled and reclaimed materials in Huntsville, Texas. During the talk, he demonstrates the beautiful designs of the many homes he has helped to create, and his program that helps to build homes for the poor. 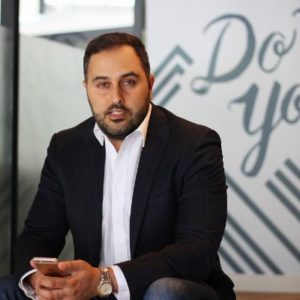 A desire for sustainable features in modern homes is a grown trend, according to Peter Esho, Founder of CRIBZ, a personal property assistant startup that operates through Facebook chat.

Esho says, “Technology is a large piece of the sustainability trend. We’ve seen construction material improving towards more sustainable sources, the trend now is to make the ongoing habits once someone has moved into their home more sustainable.” He adds, “Having household items hooked into a central administration platform, say Google Home for example, will make a huge difference.”

As demand for sustainable housing increases, BrightLeaf is likely to see a spike in interest. The company is now on track to sell 12 houses this year. By the end of 2018, Sanders has high hopes of sell 30 homes. In light of the Midwest’s current position on renewable energy, it is highly possible that this can be achieved, and then some.