Apple Now Worth More Than Many Countries 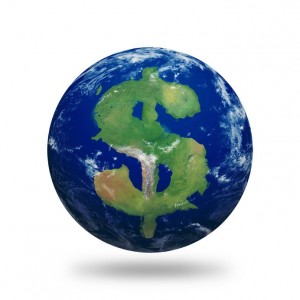 If you were a trillionare and you could choose to buy Apple or an entire country, which one would you choose? According to data from the World Bank, you could buy multiple countries and still spend less than you would if you were to buy Apple.

Apple’s market cap reached a record high of over $600 billion this month amid rumors of the iPhone 5 features and sales of the new iPad still going strong. For the record, that’s 600 Instagrams. Comparing Apple to other billion dollar technology companies won’t accurately depict the massive scale of the company’s worth. Instead, we have to measure Apple’s market cap by looking at comparable entities: countries.

National wealth is a metric that represents the total wealth of a country, including human resources, the stock market, technology advancements, national infrastructure, and exchange rates. National wealth is a more accurate measure of the economic health of a nation than gross domestic product because it encompasses more than just finished goods and services like GDP does.

According to the World Bank’s most recent data on national wealth, Apple is now worth more than the following countries:

Apple is the world’s most valuable company, and it’s still growing at an impressive rate. In January, Apple disclosed that sales grew 73 percent  last year to $127.8 billion. The $600 billion dollar market cap news comes only a few weeks after the $500 market cap was reached. This growth has some industry insiders whispering that Apple could eventually reach a $1 trillion market cap.

With no signs of slowing down, Apple could absolutely reach a $1 trillion market cap.  Until then, Apple is still worth more than entire industries. Financial analyst Joshua Brown created a Tumblr called Things Apple Is Worth More Than to show the mighty size of the company. Some of the items compared to Apple include:

When Apple CEO Tim Cook conducts his first public interview on May 29th at the D10 Conference, he’ll certainly have something to talk about.