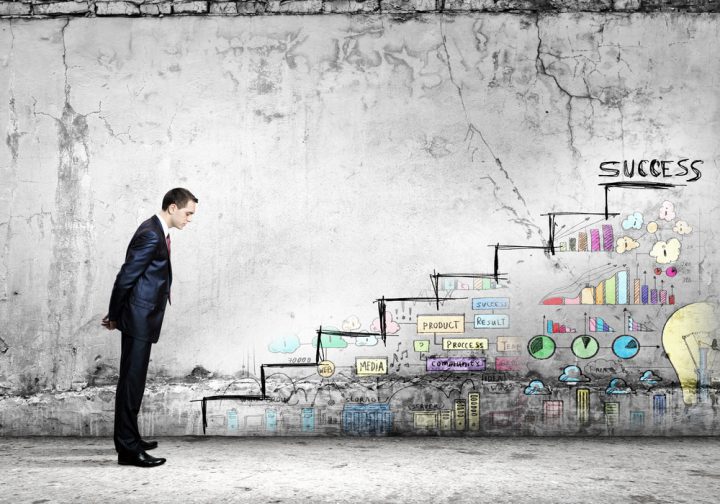 With the global economic crisis abating, cities across the U.S. are experiencing an increase in entrepreneurial activity. Over the past few years, co-working spaces and incubators have been sprouting in dozens of cities, and venture capital funding and angel investment have surged.

St. Louis is no exception. All five of the city’s collaborative working environments opened their doors in the last three years. And according to the 2014 St. Louis Startup Capital Report, 33 regional ventures raised over one million dollars in 2013, which totals more than 380 million dollars – more than six times the 2012 number.

Rick Duree, an entrepreneur, professor and author from neighboring St. Charles County, has been visiting co-working spaces and accelerator programs across the Midwest over the last seven months to talk about his new startup, an online social matching platform called XLR8. “Even a year ago, many of these places didn’t exist,” says Duree. “It is a great time to be an entrepreneur.”

It is no secret that the job-creating potential of new, young and growing companies is vital to the American economy. In 2011, when the recession still had a firm grip on the country, President Obama launched the Startup America Initiative with the mission to “celebrate, inspire, and accelerate high-growth entrepreneurship throughout the nation.”

In a video statement, Obama said entrepreneurship symbolizes the American Dream. “If you have a good idea, are willing to work hard and see it through, you can succeed.”

Four years later, many trends and statistics indicate that entrepreneurship has gone mainstream. In the 2014 St. Louis Tech Startup Report, it says: “Many cities and large corporations have recently established or expanded programs focused on fostering entrepreneurship and innovation.” One of such programs, according to the study, is 1 Million Cups, an initiative allowing local entrepreneurs to pitch their startups to an audience that  is now active in over 50 cities.

At the same time, millennials’ student debt has prevented entrepreneurship to recover from the recession faster, according to the foundation’s report. However, “those same millennials are also the most educated generation in the history of the United States.”

These young adults with college degrees are flocking to Central Business Districts of cities like St. Louis to get their ideas off the ground. Is it no coincident that many co-working spaces are opening in and around the urban core. “Rural and suburban communities have largely been left out of the ecosystem,” says Duree, who has studied entrepreneurship both in suburban St. Charles and inner-city St. Louis. To a large degree, the recent renaissance in entrepreneurship is an inner-city phenomenon.

Leveraging the potential of immigrant entrepreneurs

Of all young urban professionals, immigrants tend to be the most entrepreneurial. According to a study conducted by the St. Louis Mosaic Project, immigrants in the St. Louis region are 60 percent more likely to start a business than their U.S. peers.

Not surprisingly, the mission of the nonprofit is to increase the Gateway City’s foreign-born population. Betsy Cohen, the Director of the initiative, says talent from overseas is in high demand. “Immigrants in the St. Louis region are better educated and have more advanced degrees.” 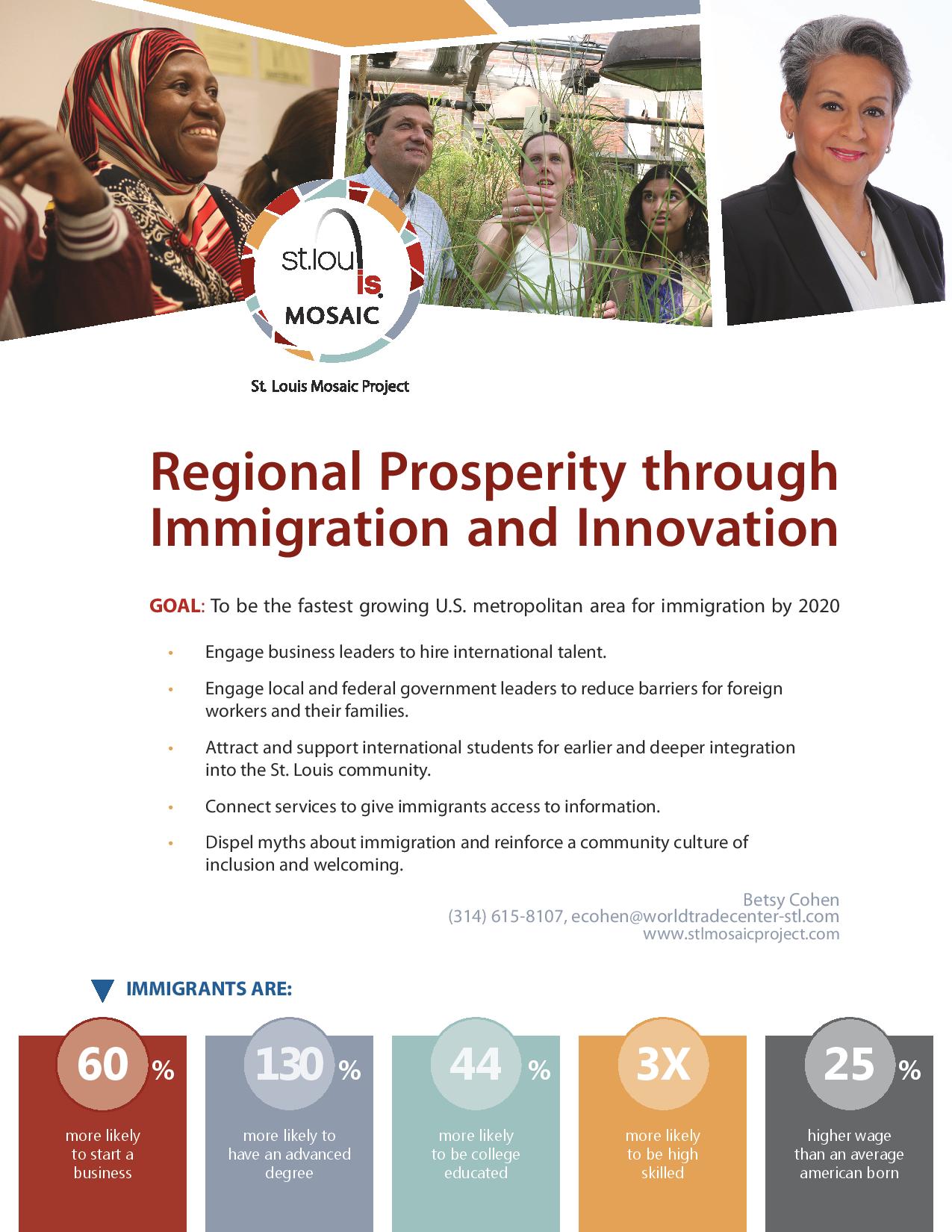 To leverage immigrant entrepreneurs’ brainpower, job-creating potential and inclination towards free enterprise, the Mosaic Project tries to connect them to regional resources like the ITEN accelerator.

According to its Startup Report, 30 percent of ITEN companies are owned by immigrants and members of minorities. (Eight and 22 percent, respectively.)

“Inclusion initiatives create the entry funnel of new opportunities, both for the region and for those individuals themselves,” believes Cohen.

St. Louis isn’t the only metro with the mission to attract and retain young and educated talent, especially foreign-born. In order not to fall behind, hundreds of cities have launched similar initiatives. In the words of Harvard economist Edward Glaeser, this strategy is “the most successful economic development policy.”

However, a rather rigid immigration law with a limited number of working visas makes staying in the U.S. for foreign students and immigrants difficult.

In 2014, the U.S. Citizenship and Immigration Services (USCIS) received 124,000 applications for only 65,000 H1B visas, which allow U.S. employers to hire foreign workers for three years.

Cohen says changing the immigration law would be a win-win situation. “Many foreign-born entrepreneurs buy property, expand and hire other native-born workers, which leads to rising employment for everyone.”

With St. Louis tech startups expected to hire almost 900 employees this year, according to ITEN’s report, it is likely that immigrant- and minority-owned ventures will contribute significantly to this number.

Reason for hope and worry

In spite of providing ample evidence that entrepreneurship is on an upward trajectory, the Kauffman study also shows limits to the resurfacing entrepreneurial spirit the United States are known for.

“New models of helping entrepreneurs, from accelerators to co-working spaces, have spread rapidly across the country. But scratch a little deeper, and concerns about American entrepreneurship emerge,” warns Wendy Guillies, Kauffman’s CEO.

Losing a significant amount of their net worth due to the recession, many baby boomers are left with a “sour taste in their mouth to start a new venture,” says Guillies.

Whether the current renaissance will be short-lived or entrepreneurship will thrive for years to come remains to be seen. In any case, the Mosaic Project and other inclusion initiatives in St. Louis aimed at fostering the entrepreneurship ecosystem seem to be steps in the right direction.