A Sky-full Of Opportunity In Cloud Infrastructure: The Turing Group 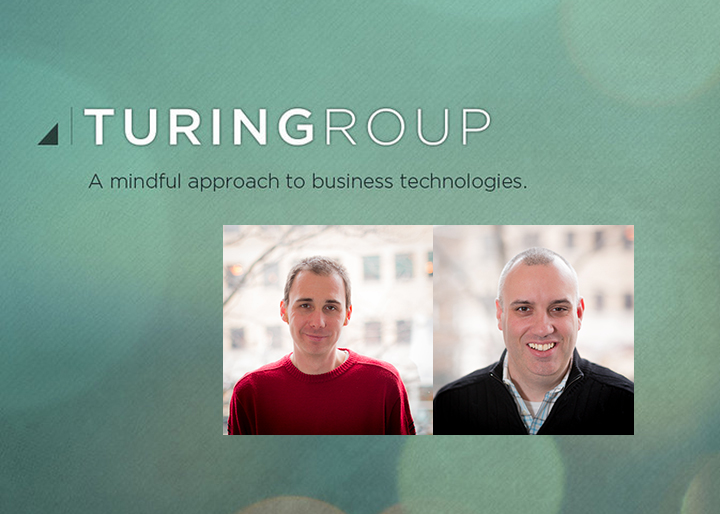 Eric Dynowski (left) and Brendan Caulfield (right) have left Magnetar to form the Turing Group, after recognizing the potential for finance and healthcare companies to use cloud infrastructure.

The cloud might seem hazy – but the newly launched Turing Group is making it easier for companies to leverage cloud infrastructure to make businesses more agile and less capital intensive.

Eric Dynowski was the head of global infrastructure at the $10 billion hedge fund Magnetar, and left to start the Turing Group with colleague Brendan Caulfield when the two recognized the impact that cloud technologies could have in financial firms.

“There are not too many companies that are born in the cloud,” Dynowski told Techli. “Well over 95 percent of the companies out there still have legacy infrastructure to figure out how to leverage with the cloud.” The Turing Group is an Infrastructure as a Service, or IaaS, company, that helps cultivate IT infrastructure to be designed, managed and implemented within cloud networks.

The company formed in April but formally launched Monday. And the team has put on board 12 clients across industries that all are making strides to learn how to leverage cloud services like GoGrid, Rackspace or Amazon Web Services. The Amazon Cloud is a Turing Group partner.

Dynowski said there’s an opportunity to expand the size of the company through new hires, as well as the number of clients taken on. Since April, the company’s revenues have expanded nearly 25 percent month-over-month.

The goal is to leverage the cloud to eliminate unnecessary capital, helping companies scale up and down faster and more efficiently, which factors into their bottom lines. Racking and configuring servers is a manual process, and using the cloud instead can help spin up server and network resources in far less time, helping companies run IT systems from anywhere in a matter of minutes.

“We ended up here because we were looking at what we were doing at Magnetar,” he said. “The financial industry was heavily based on data centers and actual iron in racks and lots of cooling and power, and there was a whole sort of cloud revolution happening outside of the finance industry.”

He and Caulfield came to ask themselves: Why aren’t finance and healthcare companies leveraging this infrastructure?

“Financial and healthcare verticals were very timid into moving into cloud-based solutions, primarily because of security concerns,” Dynowski said. But these concerns would be no different than running processes within company-owned data centers, he added. And the Turing Group makes the cloud’s value far more transparent and able to be integrated with legacy systems.

In finance, being able to run and test algorithms on the cloud can save firms the millions that they used to spend on physical infrastructure. It helps them operate from anywhere and relocate operations faster globally. It lets companies test systems faster to understand what’s effective and not effective, allowing them to potentially benefit before other trading firms and frequency shops do.

Their functionality expands beyond the two industries. For example, they are working with one auto company – helping the company manage their online reputation in real time, expanding client management from 500 to 50,000 clients. The Turing Group’s main focus is within automation, scalability, and redundancy in using the cloud, Dynowski said.

But he also said the Turing Group aims to teach companies to not just maximize efficiency, but also security. “There’s a bit of a myth out there that if you put something in the cloud that you don’t need to worry about backups,” he said. So the team works with company IT departments to incorporate security into everything they’re doing from the ground up.

“To realize the full promise of the cloud is not as simple as flicking a switch,” Turing Group Cofounder Brendan Caulfield said in a statement.

“Whether Amazon Web Services, Rackspace or another cloud provider, it takes unique expertise to optimize systems, applications and even staff. And that’s what we’re all about at the Turing Group.”

A Sky Full Of Opportunity In Cloud Infrastructure: The Turing Group | A Closer Read Reply