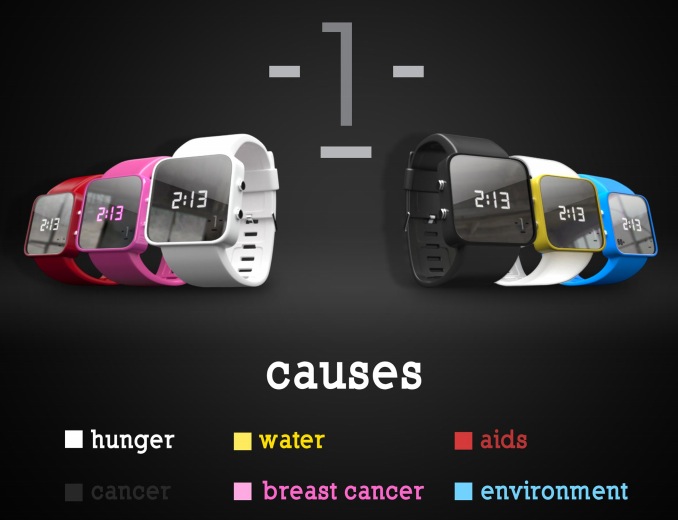 Chicago agency Mirza Minds is set to launch a funding campaign on Indiegogo this week, pulling in support for its latest product that will help fight global epidemics such as starvation, cancer, aids, and more. The funds will go toward the company’s 1:Face campaign, which offers a wristwatch that comes in a variety of six different colors that each indicate at a single glance which cause the wearer put their money toward.

The company has secured partnerships with big name charities including the American Cancer Society, Charity: Water, One Day’s Wages, Keep a Child Alive, the Adventure Project, and the National Breast Cancer Foundation. Each of the six available colors corresponds to a particular cause and charity. 1:Face has gone as far as to lay out what each purchase will do for the cause it supports: a single watch for world hunger is estimated to feed 16 children, 14 watches for breast cancer can raise enough money for mammogram, and as few as three watches can bring a charcoal efficient stove to fight the health effects of smoke inhalation in many developing countries. 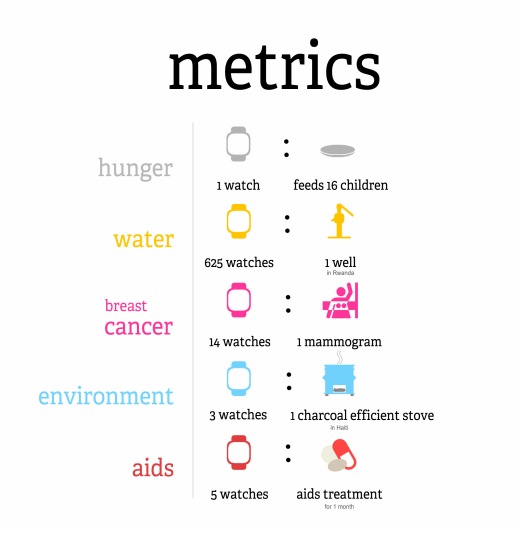 The watch itself features a modern square face with rounded edges, mounted on a polycarbonate silicon band. Time is displayed digitally on the mirrored watch face in white LED lights, activated at the press of a button. Each comes in a solid color indicating a cause, with the exception of the Charity: Water version, which features the white “hunger” band but with a unique yellow trim on the face.

Whatever cause a consumer decides to give their money to, the 1:Face watch will cost $40 to make sure a solid portion can be donated. During the Indiegogo campaign, backers can snag 1:Face t-shirts, any of the six color watches, or even an entire set for $240. The Chicago company expects to deliver the watches to backers by November 15th; anyone who misses out on the Indiegogo campaign should be able to find them in retail stores around Spring of next year.

“Social responsibility has become a banner under which consumers unite,” the company said. “The modern consumer not only wants to purchase a product that benefits them, they want a product that can benefit others as well.”

With six great causes to support, there’s bound to be a 1:Face wristwatch for everyone. Check out the recently-launched Indiegogo campaign to pitch in your support and maybe even get a stylish watch of your own.