We all wish that we could just slip into another language with the same ease as our native one. ZidZid is an Ohio startup that is empowering educators and parents to teach world languages without needing any previous knowledge of the language.

Founders Julie Klear and Moulay Essakalli are a married couple who have spent time in a variety of different countries, so they know the opportunities learning another language brings. Klear is an art educator and designed all the teaching material herself.

The program starts with a video that introduces vocabulary and pronunciation to the parents or educators, who can then use the variety of materials provided by the company to teach the language to their kids. There is a vast array of materials such as songs, storybooks and hands-on activities.

It is these hands-on, multisensory activities where ZidZid really shines. The content can be taught using ‘real-world play,’ for example using stories, art, cooking, music or nature as a medium to employ new vocabulary words.

“People collectively have learned about the world through stories for centuries,” Klear told Midwest-based art publication Five Dots. “Children are no different. They use stories and narratives to learn languages and connect with each other.”

Klear told Five Dots that this method takes into account the whole child by learning through experience rather than the simple gamification of education which has become very popular with the rise of technology.

“I’m just attempting to teach children to have sensory awareness and be well rounded, functioning people,” She told the online publication. “I’m not so sure if that is a movement so much as just an expectation and hope.”

The teaching style encourages parent-child interplay, which is essential for a child’s healthy social development, as well as encouraging a good relationship within the family.

Scientists and educators have long lauded how learning another language gives kids a head-start in life, and a study reported in INews showed that children who spoke two languages outperformed their monolingual peers by the age of seven.

However, how can parents give their children this head-start when they don’t speak a foreign language themselves?

A study carried out by the University of Washington attempted to test how much better young children and babies learn a language. They used play-based language learning with children between zero and 3-years-old, employing ‘infant-directed speech,’ often referred to as parentese, which is a simplified use of language that is proven to help children learn languages.

Co-director of Washington Institute of Learning and Brain Sciences (I-LABS) Patricia Kuhl explained that the study showed that children who participated in the study improved their language knowledge significantly.

“I-LABS’ new work shows we can create an early bilingual learning environment for dual-language learners in an educational setting,” she said. “In one hour per day, infants can ignite the learning of a second language earlier and much easier than we previously thought. This is doable for everybody.”

She also explained that the brain between the ages of zero and three are incredible learning machines and that the brain will never be more receptive to learning a second language than at this age.

This is compelling research, and ZidZid is not the only company that is trying to give young children the opportunity to learn a foreign language when their brains are perfectly designed for it.

Lingumi is a British-based startup for toddlers that is based around an educational toy, but co-founder Toby Mather has designed an entire curriculum in order to teach the whole spectrum of language learning all without using a screen.

Little Pim is an app that allows parents to help their toddlers (designed for ages up to six) learn a new language without having to have any prior language knowledge.

ZidZid is the only company that incorporates real-world experiences and play into their learning experience, and with Klear designing the material, it might well be one of the most beautiful. 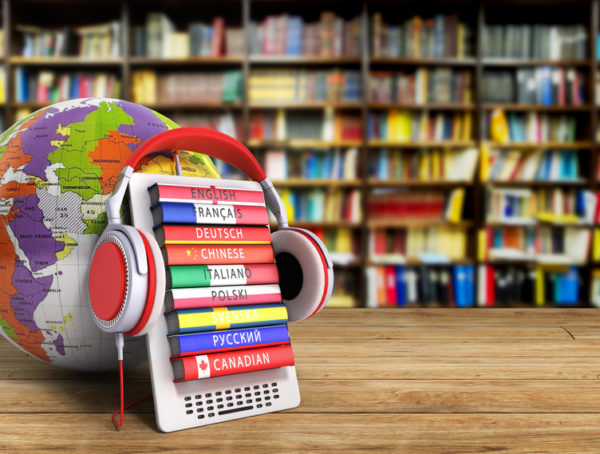