Stand Out in a Tough Graduate Market: Be a Wondergrad!

Across the western world, students are entering and leaving higher education institutions with more qualifications, more debt, and fewer prospects. It doesn’t matter if it’s London, Ontario or London, England, the economy sucks and it is making students question the value of their college education, and wonder what they can do to stand out in an ever more competitive market. Samantha Melling was a Law student who saw this lousy economy and wondered what she could do to make it better for fellow graduates.

Another entrepreneur in London, England, Rajeeb Dey, founder of Enternships, saw another angle of the same challenge for graduates and startups, and has established a platform to connect the two. For high school students, Kevin Adler founded the educational startup BetterGrads in Los Angeles, CA, to make pupils better equipped for college life so they could make successful transitions to higher education. Wondergrads fills a gap in that market – developing students ‘soft skills’ to enhance their employability during and after college. 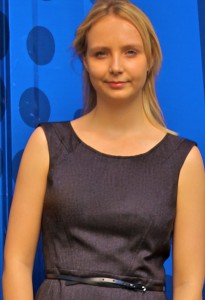 When interviewed, Melling described how she used her experiences as a student and young professional to start Wondergrads, and “made it my ambition to give all students the same opportunity regardless of their academics, background or university.”

Like many entrepreneurs, Melling is a self-confessed perfectionist, which is why it has taken two years for the platform to be ready. Wondergrads plans to launch January 1, 2012, and has already been shortlisted for the Shell LiveWIRE Grand Ideas Award. Through the platform students will able to access resources and opportunities to develop their employable ‘soft skills.’ They will also get better at personal branding in an increasingly competitive environment where LinkedIn, Twitter, and even Klout scores matter, as well as gain entrepreneurial experience to help make them stand out in the graduate job market. This has the potential to be a highly scalable startup should students in the UK benefit from it the way the founding team hopes.

The challenge now, like any web startup, is to create a viable user-base. In a crowded social media landscape, especially for Melling’s target generation, it may take time to permeate through the noise. The team are tackling this by connecting, not only in the social media sphere, but directly with universities, where they are planning a country-wide tour to promote the platform. As Rajeeb Dey of Enternships found, strategic partnerships and free influential backing is essential in the early days. “We have also created lots of partnerships with universities, employers,” Melling continues, “entrepreneurs and skill experts; all of whom are essential to make Wondergrads a success.”

Thomas Gatten, CEO of Startup Intelligence, advocated in a recent article to aim for where there is clear potential for profit. The Wondergrads team are “big believers in the philosophy that if you provide value to the market and start something that matters then the profit will follow.” In this economy, where the key to successfully landing a career after school could come down to the ‘added value’ of what else students do at college, Wondergrads could clearly fill a market need. It’s something students need everywhere, particularly in this downtrodden economy.