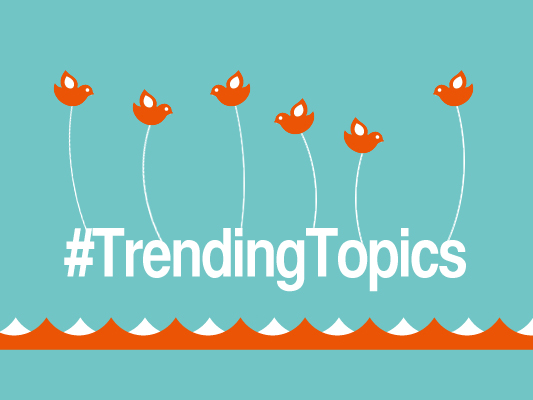 Last week’s update to Twitter simplified some of the site’s more perplexing features like the “at” sign (@) and hashtag (#) while also increasing the prominence of multimedia elements. Unfortunately it did not update one of the site’s most valuable features, Trending Topics.

Not every user would agree that a change is necessary. In the U.S., the general public is content with using Trending Topics as a way to keep tabs on the real time happenings in popular culture, like a Bieber asthma attack or the elimination of an X-Factor contestant. Trending Topics have become somewhat of a commentary on our culture’s steadfast obsession with a celebrity. Moreover, it tends to obfuscate the enormous social and political power that Trending Topics put in the hands of everyday people.

In Egypt, for instance, Trending Topics gave the people a voice which had long been silenced by the intimidation of the state-run mass media. The trend #Jan25, which referred to the date in which an Egyptian street peddler was slain by government backed security forces,became a Trending Topic that represented the discontent of the long suppressed Egyptian citizenry. That Trending Topic was much more than passive symbolism. It had the unprecedented effect of displacing TV as the country’s mass medium. Its grip on power loosening, the Egyptian government itself took an unprecedented step and tried to literally unplug the country’s internet connection. It was too late. In an incredible reversal of roles, the propaganda from Egypt’s state-run media was drowned out by the booming voice of the people, with #Jan25 serving as a conduit for that voice.

The power of Trending Topics is encapsulated by three defining properties:

1)   Democracy: Trending Topics are derived from the collective tweets of everyday people. Therefore, what’s “breaking news” on Twitter can differ dramatically from what’s “breaking news” in mainstream media outlets like CNN or Fox
News. As evidenced by Egypt, the greater the divide between the opinion disseminated by the mainstream media and that of the general public’s, the more important Trending Topics becomes for the general public.

3)   Viral Effect: The social nature of Twitter, or the ease in which people can join in on a trending conversation, has a snowballing effect that accelerates the speed in which a fragmented conversation can galvanize around a singular idea.

Given the enormous social and political power that Trending Topics transfers to the people, it was disappointing to see that the new
Twitter update did not increase users’ ability to search, filter, quantify or otherwise analyze what’s trending. In fact, despite the innumerable conversations that may be gaining momentum on Twitter, only 10 macro trends are available to the public eye. You can view those 10 trends by 100 different U.S. cities, nationally or globally. But, that’s where the transparency ends.

If developers had access to this data set, they could illuminate trends that unlocked amazing sociological insights. Grassroots and political organizations could use these insights to adjust and further their agendas.

Would all of these insights be used for good?  It’s impossible to say.  But kept under lock and key is a stark contrast to the mantra of the digital age:  information yearns to be free.