Wellness Tech Company MOVABLE Is On The Move 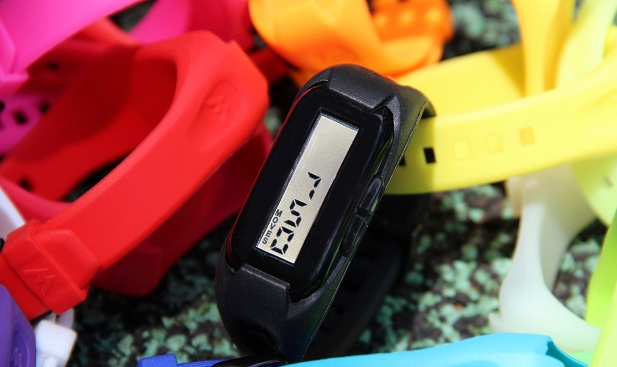 Around Cleveland, the latest fashion trend is a rather futuristic-looking accessory: the MOVband. This simple device worn on the wrist and available in a variety of bright colors resembles a no-frills digital watch. However, instead of tracking time, the MOVband is an affordable activity monitor. The idea is that the more active a person is, the healthier he or she will be.

The MOVband is the product of MOVABLE, a wellness tech company that “sold nearly $1 million” worth of these monitors last year. That’s not the only positive momentum the company’s seen, either: It recently announced it has received $1.9 million in seed funding to date—including a $250,000 investment from JumpStart—with the goal of embarking on Series A fundraising by the end of 2013.

“We have a saying at MOVABLE: ‘The more you move, the further you go—both individually and collectively,’” says the company’s CEO, Blake Squires, who also co-founded digital media delivery company Findaway World. “By leveraging the power of individuals acting in tandem, MOVABLE believes we can enact positive changes on a global level—from reducing obesity and lowering healthcare costs to instilling healthy behaviors.”

In keeping with the company’s collaborative mentality, groups of MOVband users can enroll in a MOVchallenge. This friendly competition motivates people to move more by pitting users against each other—and, in some cases, rewards those who meet a mileage goal within a certain timeframe with tangible prizes (such as vacation days, given at a company’s discretion) or MOVABLE’s color-coded “mileage reward bands.” (Think of these as akin to the colorful belts those studying karate earn when they reach a certain level.)

So far, MOVABLE’s customers have been large companies— Northwestern Mutual, Hyland Software and Penton Media, to name a few—and schools interested in increasing wellness; in fact, 150 schools nationwide have taken a MOVchallenge. It’s all part of MOVABLE’s goal of making health and wellness a lifestyle, not a pastime.

Because it is cost-effective and fun, MOVband’s potential reach is broader than some more traditional wellness programs. “It’s no longer the group that would ride bikes on the weekend or the athletes talking in their different groups,” Squires told Crains Cleveland in February. “We create a cultural impact around health and performance.”

What do you think? Would you participate in a company fitness program if it used a device like this? Let us know in the comments.