Virtual Reality: new options for play and for playing doctor

Whether speaking about using Virtual Reality to play games or to get to play doctor prior to surgery, VR is shifting how we experience anxiety, pain, surgery, fun, and games, and occasionally, these experiences overlap.

To encourage the overall exposure of their VR product, this week, Sony, the Japanese multinational conglomerate, made demoing their VR gaming a free, at-home experience for selected PlayStation Plus members with a promotion offer email. The offer will be for 1,400 PlayStation Virtual Reality (PSVR) units, and this will extend just this month. The promotion is a two-week, free trial that includes the headset, a PlayStation camera (a necessary component), 2 PlayStation Move controllers, a copy of the role-playing game “The Elder Scrolls V: Skyrim VR”, and demo disc.

Demo users have to provide their own PS4 game system and provide a credit card to be charged in the event that you purposefully or accidentally keep the demo unit after the 14 days, although either way, the cost is about $150 less to keep the demo package than to buy it retail.

In a press release regarding a new VR experience, WarDucks of Ireland, a VR gaming and experience startup, announced the release of the RollerCoaster Legends project across multiple platforms (Oculus Rift, HTC Vive, and PSVR) for Christmas. The new experience takes on Greek mythology and icons with mythical scenes and enchanting characters along with the traditional drops and turns for players expected in a rollercoaster experience. 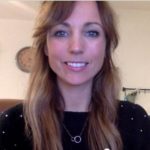 Nikki Lannen, CEO of WarDucks, said of the new release, “We love rollercoasters here at WarDucks but felt what is out there is lacking in certain ways. Many of the rollercoasters available are not focused on a virtual environment and are simply badly built replicas of what is available in real life. We feel as though we have built something which gives the thrill of a rollercoaster but also provides an engaging, interesting experience at the same time.”

People-centered immersive designs for VR experiences and games are important for much more than just entertainment, as research into pain and anxiety are demonstrating. 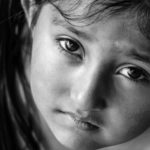 For example, in 2005, Australian researchers helped children who were burn-patients by using VR games during painful procedures, such as dressing changes, based on prior research that concluded that these VR games helped adult burn-patients. The perception of the nurses assisting the procedures was that the children were distracted more and cooperated more than when using just traditional pain relief medication. The VR use was not an impediment to the procedure nor in the communication with the children. From what the children reported, “The average pain scores (from the Faces Scale) for pharmacological analgesia only was 4.1 (SD 2.9), while VR coupled with pharmacological analgesia, the average pain score was 1.3 (SD 1.8).” The parents of the children concurred with the positive effects of VR for noticeably better pain management and reduced anxiety, including the children looking forward to playing the VR game.

They concluded, “Intervention with Virtual Reality (VR) games is based on distraction or interruption in the way current thoughts, including pain, are processed by the brain. The study provides strong evidence supporting VR based games in providing analgesia with minimal side effects and little impact on the physical hospital environment, as well as its reusability and versatility, suggesting another option in the management of children’s acute pain.”

When it comes to anxiety, in particular in regards to medical procedures, and to patient expectations and education, much research has been done to explain problems, correlations, and suggestions for corrective ideas.

In 2009, US researchers presented a specific problem with patient understanding and consent and said, “Comprehension during informed consent discussions may be limited in individuals with potential language difficulty due to ethnicity or education.”

In 2001, Canadian researchers published their findings that across the studies reviewed, they discovered “the need for clinicians to clarify patients’ expectations and to assist them in having appropriate expectations of recovery”. Their conclusion was, “the understanding of the nature, extent and clinical implications of the relation between expectations and outcomes could be enhanced by more conceptually driven and methodologically sound research, including evaluations of intervention effectiveness.”

In 2012, Irish researchers made several key findings: “Understanding in surgical patients is poor. There is little evidence to support the use of information leaflets, although multimedia appears to be effective in improving patient understanding. The internet is not used effectively as an aid to consent by health care providers. Patients with lower educational levels may gain most from additional interventions. Improving patient understanding does not impact on their satisfaction with the treatment they have received but may reduce periprocedural anxiety. There is a need for greater awareness of patients’ information needs, and novel approaches that may enhance decision making through improved understanding are required.

In 2014, more Australian researchers examined 17 eligible trials reported data on 2689 cardiac surgery participants and then determined, “Preoperative intervention significantly reduced the time to extubation and the relative risk of developing postoperative pulmonary complications. However, it did not significantly affect the length of stay in ICU or hospital, except among older participants.”

Early this year, researchers from The Netherlands offered their results on brain surgery on patients who must be awake during the surgery and said, “Awake surgery emerges as a standard of care for brain tumors located in or near eloquent areas. Levels of preoperative anxiety in patients are important because anxiety can influence cognitive performance and participation, hence altering the outcome of the procedure”. They stated, “one in every four patients reported significant anxiety symptoms in the pre-operative phase. Besides gender and age, none of the other demographic or medical factors were significantly associated with the level of anxiety.”

In 2010, an Ohio startup, Surgical Theater, was born in the VR medtech spectrum, taking traditional 2D xrary images from CT and MRI scans, then creating a patient-unique 3D file that can be viewed in VR and allowing viewers to not only see the path to the surgery site but also seeing what is in the 360 degrees around them at any moment. 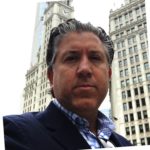 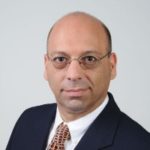 The co-founders Moty Avisar and Alon Geri have extensive backgrounds in flight simulation that they turned into this idea of brain surgery simulation. Their goals were threefold. First, they wanted to give doctors the opportunity to plan and rehearse surgeries the way pilots do for missions on simulators, and then, they wanted to connect that concept with doctors who train new surgeons. Finally, they wanted to mitigate anxiety held by patients and their families before surgeries. Surgical Theater is utilized at academic hospitals, including UCLA, New York University, University Hospitals Case Medical Center, Mayo Clinic, Mount Sinai, and Stanford University. 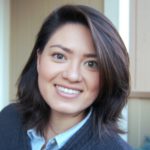 Malie Collins worked previously as the Senior VR Program Lead at Surgical Theater and now works with the chair of neurosurgery at Stanford University, Gary K. Steinberg MD, Ph.D. Malie builds the image reconstructions in 3D and prepares the patient-specific VR cases for Dr. Steinberg. Together, they created the Neurological Simulation and Virtual Reality Center, the first VR clinic for spine and neurosurgery in the United States. 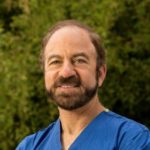 Afer creating the VR cases for Dr. Steinburg, Malie creates a special “fly through” VR video for patients and their families.

In one recent example, the night before Felicia Luna’s brain surgery for an aneurysm, Collins had Felicia and her husband Rene watch the “fly through” video. Luna was a “nervous wreck” before seeing the video. Luna said, “Now I understand exactly what’s going to happen.” Rene agreed, “This makes me understand it 100 percent. That extra understanding gives me a lot more confidence.” 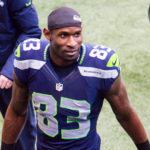 Using Surgical Theater’s technology, The Seattle Science Foundation, with the help of former Seattle Seahawks wide receiver Ricardo Lockette, has started a 5-year, 15-million-dollar initiative to create a comprehensive Spinal Cord Atlas in 3D to be able to help other patients, who like Ricardo “The Rocket” Lockette, become paralyzed. While Ricardo Lockette was fortunate enough to be able to walk again, his experience gave him an exit from playing professional football and an entrance into the arena of MedTech to help others who have suffered a spinal cord injury. Their hope is that once precisely mapped, the spinal cord could be operated on with bioelectronics, inserting “electrodes into eloquent nuclei of the cord with a precision that would allow for stimulation of specific muscles. Such stimulation might afford a paralyzed patient the ability to move muscles below the level of their injury.”

Sometimes the topic is not an acute medical situation; sometimes the topic is the anxiety felt in everyday situations that impacts chronic health, so WarDucks has a business-to-business VR app that addresses coping with anxiety using VR meditation. WarDucks CEO Nikki Lannen said, “VR is the ideal platform for meditation, especially for those who find it difficult to shut off. VR in the workplace makes even more sense as you can totally shut off from your hectic environment. It minimizes anxiety and increases productivity.” 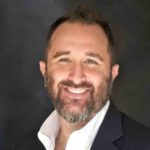 CEO of Nexeon MedSystems, Will Rosellini

To better enhance pain management using bioelectronics, another athlete turned MedTech story comes from a press release on Will Rosellini, the ex-minor leaguer turned bioelectronics expert who, by creating Nexeon, aims to improve the quality of life of patients suffering from debilitating neurological disease and drastically change how we approach the human nervous system.

Nexeon’s brain implant — which exists today — is one of three devices in the world that that can record brain function in real-time and stimulate other parts of the brain. 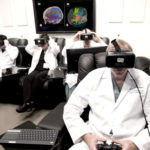 This year, researchers in Japan examined the impact on 5th-year medical students using 3D monitoring systems with neurosurgical operations in a 6 year program and found, “items for which the students reported positive perceptions (scores of 4 or 5) were stereopsis (67.2% of students), neurosurgical interest (62.5%), visual impact and optical sharpness (60.9% for both), active learning enhancement (57.8%), and comprehension of surgical anatomy (50.0%) and procedures (42.2%). By contrast, only eye exhaustion was evaluated negatively (26.6%).” They thus verified the advantages of 3D monitoring systems in medical education and learned that improvement is required to decrease the students’ eye exhaustion.

Lisa’s passion is people. She enjoys adventures, dialogue, innovation, and continuously improving her best self. Lisa is an entrepreneur, traveler, and dabbler in most things creative, typically choosing her next plan based on “why not?” 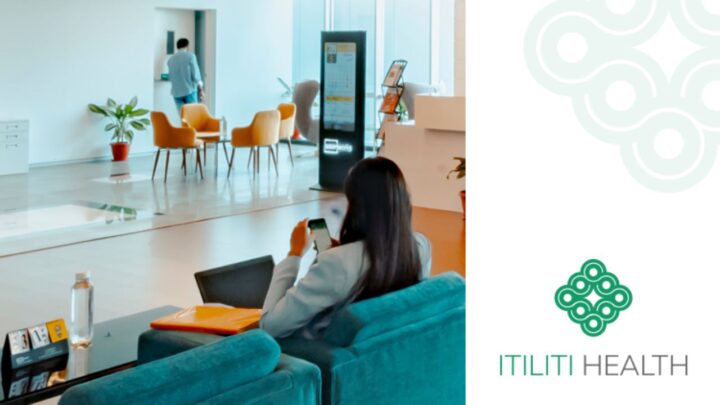