People Are Awesome – Thoughts on TEDxMidwest

If I had one word to describe my feelings leading up to TEDxMidwest last week, it would be: intimidation.  Of course I was ecstatic about the opportunity to attend and was looking forward to it dearly (thanks again to our fantastic editor Jennifer and the fine folks over at Ogilvy for getting me in), but I was worried I would stick out like a sore thumb.  I’ve been watching TED talks online for years now and, never having been to an event in-person, I envisioned an audience comprised of astro-physicists, highly-accomplished engineers, inventors, mega-successful entrepreneurs, and more; all with a penchant for changing the world that I could not even come to close to matching.  And you know what?  I was right!

However, the first impression you get from the crowd at TEDxMidwest is far from any sort of elitism or arrogance, it is of community.  Everyone in the room shares the desire to be enlightened.  And while that sounds somewhat cliche, my feelings were immediately confirmed as I started conversing with those around me.  My intimidation was replaced by enthusiasm, not only to be captivated by an impressive list of speakers, but to engage with the fascinating individuals who filled the seats of Chicago’s beautiful Oriental Theatre.  When I later recounted the event to friends and family, I drew strong comparisons to my years of travelling cross-country to attend music festivals – a place where every person walks in a stranger and comes out a friend.

Alright, now that we got that hippie-nonsense out of the way, I’ll get to the real reason you’re reading this article.

Rounding out this year’s Chicago Ideas Week, TEDxMidwest was a two-day event starting Thursday evening and ending Friday afternoon.  Each day was divided into mini-sessions of three to four talks followed by a lengthy break where you’re encouraged to strike up conversation with fellow attendees.  The badge given to you at the door was color coded by your affiliation with the conference itself (i.e. volunteer, organizer, speaker, first-timer, veteran, press) and outlined three personally-identified areas of interest – all of which were intended to spark discussion among the crowd.

Unfortunately, a busy work schedule constrained me to catch only Friday’s talks so I missed some highly-anticipated speakers such as Kevin Bacon, Bill Strickland, and Amory Levins.  Friday was the longer session however, and I was able to catch a number of amazing talks.  Here are a few highlights from my day: 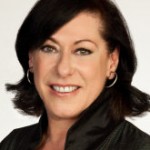 Edie Wiener, president of  Weiner, Edrich, Brown, Inc., a leading futurist consulting group in the United States, took the stage with nothing more than a stool to sit on and a wake-up call for economists around the globe: “this isn’t a recession, it’s a transformation.”  She went on to explain that to end world-wide recession, we need to create industry within new realities of the advanced, technological world around us.  This starts by shifting the way we prepare the children of today for the world of tomorrow. Our kids are growing up consuming information  at an unprecedented pace via computers and the internet, yet our school system has failed to adapt.  ADHD isn’t a disease, it’s the consequence of forcing our grandfathers’s curriculum on the youth of the 21st century.

Dean Kamen, inventor of the Segway and founder of FIRST (For Inspiration and Recognition of Science and Technology), gave two talks throughout the day.  His initial appearance was the one that seemed to really make an impact on the crowd though, as he picked up almost right where Edie had left off.  Dean’s goal with FIRST is to replace pop-stars and professional athletes as the object of our youth’s fanaticism with the scientists and engineers making worthwhile contributions to the world.  By creating “celebrities” out of these individuals, and by organizing events that turn science and technology into a “sport,” our kids will aspire to lead the world with ideas, instead of slam-dunks and catchy pop songs.  Similar to Edie, Dean pleaded for innovation in today’s school system, saying that we’re using “19th century mindsets with 20th century tools, to solve 21st century problems.” 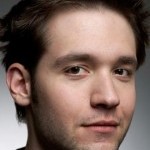 Alexis Ohanian, co-founder of Reddit and “Ambassador to the East” for Y Combinator, reminded us that it wasn’t all doom and gloom.  After realizing the power of internet communities rallying around a cause, namely the “Mr. Splashy Pants” campaign and a fundraising effort for John Stewart’s “Rally to Restore Sanity,” Alexis was inspired to explore the world of micro-donations.  He’s since been a big proponent for charitable sites like Kiva, Donorschoose, and Charitywater – even spending three months in Armenia on the front lines as a Kiva fellow.  Alexis believes the power of today’s technology allows donors to personally connect with the recipients of their contributions, elevating fundraising efforts far beyond the days of those Sally Struthers commercials, or what he referred to as “poverty porn.”

While there were many insightful, sometimes entertaining, talks throughout the day, these were the few that truly inspired me to take action.  For that, I of course want to say “hats-off” to all the speakers, but also to the organizers of TEDxMidwest who did an incredible job with this event.  Also, to everyone I met during the day that may read this, thanks for making my first TED a truly special occasion.  I’m already looking forward to next year’s – wouldn’t miss it for the world!

If you were in attendance, or watched the live feed, feel free to share your experience below.  I’d love to hear your thoughts!