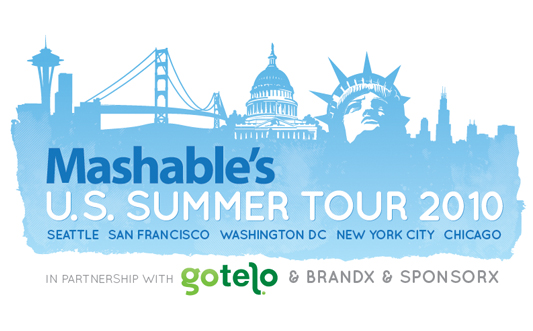 The Great Summer Tour that Wasn’t

Hello Flyover Geeks! This is my inaugural post so go easy on me. I’m the geek that will cover technology related social gatherings such as happy hours, social clubs, tech meetups, etc. and write my thoughts about them here. I attended such an event last Wednesday called SummerMash 2010 which was obviously sponsored by Mashable. Mashable is right up there with TechCrunch which suffer from pretentious coast syndrome that dismisses the rest of our great entrepreneurial country (are you listening Obama?). I’m not going to rehash that topic since Edward did such a great job covering it here and here. SummerMash 2010 was a summer tour that visited Seattle, San Francisco, DC, New York and Chicago in that order which is the main point of this article.

Earlier this summer, I was excited when I received a tweet from Pete Cashmore signaling the start of the SummerMash 2010 tour. As a regular Mashable reader, which in my opinion is superior to TechCrunch, I had high expectations for the tour. I quickly logged on to the EventBrite site and purchased my $30 early bird ticket. Next, I setup a brand new shiny column in TweetDeck with keyword #summermash. I virtually followed the tour from Seattle to San Francisco to New York and watched as participants met with Pete, Ben and the rest of the Mashable team. Prizes were plentiful. Speakers were charismatic. Lights were flashing. Attendees were exuberant. I was excited.

The day of the event finally arrived in Chicago. I received several tweets leading up to the event that surprises were plentiful and SummerMash 2010 would go out in style in Chicago. As you could imagine, I could barely contain my excitement. I made my way to the Hyatt near Wacker and Michigan and immediately was thrust in to a line that almost extended out of the door. After about 10 min I finally arrived at the registration desk where the staff was young, stylish and checking off attendee registrations on iPad’s. A good start so far. I was given a name badge where I promptly wrote my Twitter handle @ChadLomax (shameless plug). Next I was given a light blue Livestrong type wrist band that unlocked the open bar. Immediately as I walked through the door, I was greeted by Pete Cashmore! Can you believe it? Wait, it was just a cardboard cutout of Pete in front of a red carpet like backdrop so attendees could have their picture taken “with” Pete Cashmore. Yea, you can kind of get a sense of were this is heading. A little odd but I thought he would joke about it later as he addressed the crowd who had paid $30 to attend this great three hour event. Well, I would be disappointed there as well. None of the Mashable brass was in attendance. I guess flying over Chicago from San Francisco to New York was enough for them so they decided to stay back in New York.

There wasn’t a set agenda for speakers or really anything else so I wandered the room and talked to some really nice people. I also stopped by the vendor area which included two notable startups: Gotelo & ServiceLive.com. Gotelo is an interesting service that ties all of your social networks to your phone number. The concept here is that everyone has a phone number which is not likely to change especially as often as maybe you’re email address changes. You can sign up using your phone number and then assign which social networks you would like to be publicly available. For example, you could only show your Twitter and LinkedIn profiles while hiding your Facebook and Buzz profiles. The service is definitely unique and they have built some pretty easy privacy controls. However, they don’t really have a plan to make money yet so I’m not sure how long they’ll be around. If you test drive the service please let me know your thoughts. The other startup, ServiceLive, was launched by Sears and is kind of a cross between Yelp and Priceline for service companies. For example, I could post a project to wire my garage with electricity. I would assign a price to the project and sit back and wait for a service company to accept the offer. They operate in a handful of states right now but it will be interesting to see how well this is received by the public. I’m also interested to see how much Sears will be involved in the service. Again, if you give the service a try let me know your thoughts.

After about 15minutes with each vendor, I grabbed a drink from the overworked bartenders and mingled with the other attendees. The networking went on for about an hour and finally someone grabbed a mic to tell us why the hell we are there. The speaker thanked us for coming, introduced the vendors, pointed us to the open bar which closes in one hour and asked us to stick around to win an iPad. The speech lasted about 20 minutes and then we were released back in to the social jungle hungry for excitement. Another hour passes, the open bar turns to a cash bar, and half of the attendees have left. The speaker returns to stage to announce the winner of an iPad from Gotelo. Then, and here is the only surprise of the night, the speaker informs the crowd that someone will also walk home with… wait for it… the cardboard cutout of Pete Cashmore. Really? To the delight of the alcohol induced happy crowd a guy won the cutout and he didn’t look happy.  This was a sad end to bad event.

As you can see, I wasn’t all that pleased with an event that had built up a lot of excitement, promised surprises and claimed that the Chicago event would close out the tour in style. A much better use of my $30 would have been to buy 6 services on Fiverr or buy a ticket to SocialDevCamp which I will cover in my next post.

If you had a different experience at the event, please enlighten me so I don’t lose all respect for Mashable. 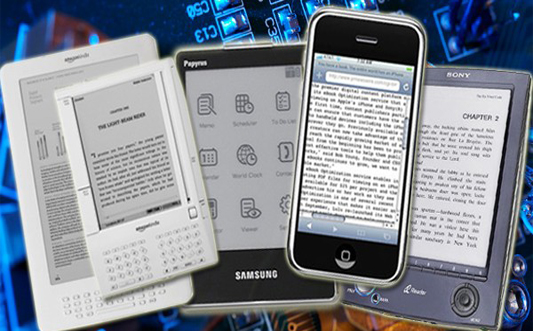