It was 7 p.m. on a Friday when I pulled up to Tech Wildcatters, the year-old tech startup accelerator located in a renovated church in uptown Dallas. Four hours and a few beers later, I walked out with a great story, new friends, and an in-depth understanding of the Dallas startup scene.

Tech Wildcatters is a mentorship-driven microseed fund, startup accelerator, and member of the TechStars Network based in Dallas, TX. Founded by Gabriella Draney and John Feld and supported by over 30 mentors, it is just about to accept its second class of startup companies to participate in their 12-week bootcamp. Although they admit that its not easy being a startup that helps startups, they believe that there is a promising future ahead for the Dallas startup community — especially after achieving an 80% fund rate with their inaugural class.

After exiting from multiple ventures and earning an MBA from SMU (Southern Methodist University), Gabriella was looking for something new. Getting inspiration from Alex Muse, founder of StartupMuse.com (previously TexasStartupBlog.com), she reached out to John Feld to talk about the idea of a startup accelerator. A seasoned entrepreneur himself, John knew the community, and understood the venture after seeing the success that TechStars had achieved under his cousin Brad Feld. The two walked into a coffee shop to discuss the details, and walked out partners.

From there, the pair had the daunting task of selling the idea to local entrepreneurs and investors — a task made difficult due to the sheer number of people that needed to be involved. In starting an accelerator, you need more than money, you need mentors. Therefore, while they were pitching the idea for investment, they were simultaneously screening the investors to make sure they were motivated to give back to the younger entrepreneurs that were to go through the program. Brad Taylor, now a Managing Partner at Tech Wildcatters, was the first to invest, and the rest followed from there.

Aside from raising money and recruiting mentors, the team had to define its strategy and promote the program to potential startups.

Differentiating itself, the team decided to focus the program on B2B technology businesses (Web, SaaS, open source, data integration, middleware, etc.) that work with SMB through Fortune 500 companies; and look for startups in need of seed capital with more than 1 founder, either in Dallas or willing to re-locate for the program.

This strategy has proven to be a success as Tech Wildcatters received hundreds of applications for each class from all over the nation, and 3 from Italy as well. For the second class, they saw a 15% increase in the number of applicants from Dallas, a sign of growth in the local startup community and its support of their efforts.

Advising future applicants, Chris Abrams, founder of Fig Tree Media and TWC applicant, says that “What the investors are looking for is a experienced team that has strong chemistry and is capable of executing the idea.” Also, teams should do extensive research on their markets, and have a demo prepared if at all possible.

Once all applications have been received, the TWC team narrows down the field to between 15 and 20 companies to participate in their quick pitch day, where the companies’ founders present their idea in front of the group of Tech Wildcatters’ mentors.

On pitch day, each company has five minutes to “Sell the sizzle, not the steak,” as Brad put it. He encourages teams to be less technical, and more about the business — with a bit of sales flare if the founders have it in them.

After considering the pitches, five companies were welcomed into their inaugural program — including Mobestream Media, CollegeJobConnect, The Brand Protection Agency, Concepta Systems, and ImageVisionLabs.

The companies shared space in the uptown Dallas office over the 12-week period. Despite it being their first time, Gabriella said that 95% of everything went great, and the remaining 5% were small hiccups — most of which were operational.

Jeff Iacono, founder of CollegeJobConnect and participant in the inaugural program, agreed saying “the space had a good vibe” and “the program really helped them connect with like-minded investors.”

The Future of Tech Wildcatters

Moving forward, the team is determined to build on their past success, as well as work to organize the budding Dallas community. They are aggressively building the startup infrastructure starting with DallasTechScene.com, an online calendar for tech events, putting together Happy Hours, and spreading the word for all to hear.

They will also be getting involved with Startup America, Obama’s new entrepreneurship initiative, as a part of the TechStars Network, which is a network of independently owned and operated regional organizations that operate a start-up accelerator program with models similar to TechStars. The TechStars Network provides professional development, networking opportunities, training and ongoing support for members.

To learn more about Tech Wildcatters, check out their website here. 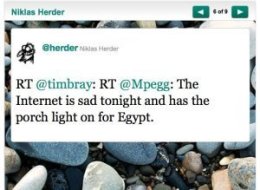 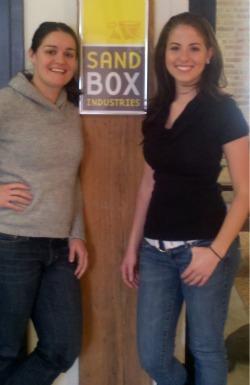