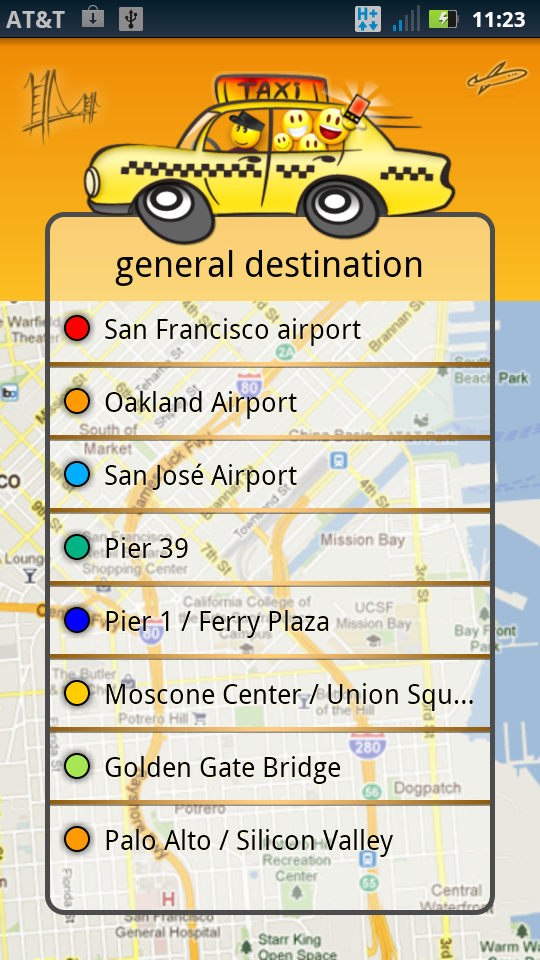 The Android App launched in Chicago and recently partnered with Finch’s Beer Co. — a local Chicago brewery — as part of a bigger plan to promote drinking responsibly. Dan Fedor and co-creator Uki Lucas have been working hard to expand into new cities.

“We have known for a long time that the people-to-cab ratio in San Francisco is horrible,” explains Fedor. “It was a very strategic decision to launch there next — not to mention it’s a tech epicenter!”

To use Taxi Share San Francisco just choose your destination and look for others nearby on the map heading to the same place. Each traveler is represented by a color-coded dot corresponding with his or her destination. Tapping the dot will cause a chat window to appear where you can make a quick introduction and confirm that you’d like to share a ride. The first person to hail a cab picks up the other person.

Currently both versions of the app support Android 2.2 or higher. Fedor plans to support iOS in the near future.