Success Of Veterans In St. Louis Growing Due To VRBC 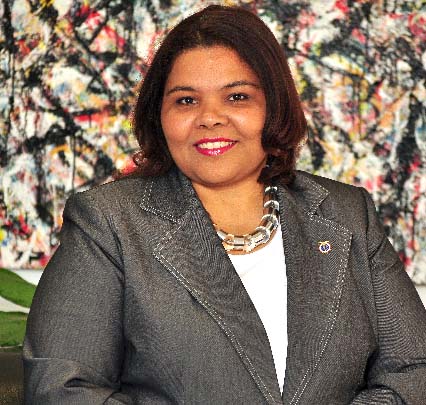 Ten years ago, when the Veterans Business Resource Center first opened its doors, it was  “two guys in a storefront smoking cigars,” recalls Darcella K. Craven, the VBRC’s current executive director.  “Random people would wander in asking about everything from veteran health benefits to housing.”

And today?  The St Louis VBRC presides over a program that serves vets in Missouri, Kansas, Iowa, Illinois and Nebraska. Its three full-time employees, augmented by a huge cadre of volunteers, guides hundreds of veterans — 366 in 2013 alone — through every phase of building a business. And it does all of it for free.  “We say, ‘the uniform you wore pays for our services,’ ’’ Craven says.

The success stories are mounting.  The VBRC says its clients have created or retained 2,224 jobs and brought in over $20 million in revenues. Many are now paying it forward with what Craven calls “Time, talent or treasure” – serving as consultants themselves, mentoring new veteran-entrepreneurs, and donating funds.

Such veteran participation is essential, Craven insists.  She knows that, to outsiders, the phrase  “veteran entrepreneur” might seem oxymoronic. Many view all but the highest-ranking officers as trained to take orders, to follow other people’s strategies, to operate in a highly structured environment in which a steady income is reward for doing as told.

Craven, a veteran herself, easily shoots the skeptics down. She notes that about 14 percent of viable small businesses are run by veterans, and that many enlisted people dislike not being in control. And most important, other veterans understand how many entrepreneurial skills even the lowest-ranked enlisted person develops.

“If you are the supply clerk, you learn to identify resources that can help you overcome a glitch in the supply chain,” she said. “If you’re 11 Bravo, shooting cannons, you learn to scan your environment, to regroup if things aren’t going well.  You solve problems on your own.’’

Apparently, politicians – at least, the ones who reigned back in the late 90s –understood all that, too. In 1999 Congress passed Public Law 106-50, the Veterans Entrepreneurship and Business Development Act, which set aside money for   organizations to help vets start businesses.  The bill was authored by then-Representative (later, Senator) Jim Talent of Missouri, so five years later (Washington has never been known for breakneck speed) St. Louis became home to the first such center. Craven joined in 2006.

Craven, who has a Master’s degree in management and is working on her doctorate, brings both military and entrepreneurial experience to the job. Her mom signed her up for the army when she was 17, to get her out of their dangerous, pre-gentrified South St. Louis neighborhood. She was ready to deploy to Iraq, and later to Rwanda, but pregnancies scuttled both those plans. Although she never saw combat, she injured her back moving heavy containers, and has disabled veteran status.  She left active duty in 1993, and left the reserves in 1996.

She bounced around corporate America for a while, then ran a non-profit aimed at helping kids avoid drugs, alcohol and tobacco. Soon after she started a consulting firm to help non-profits implement their grants. She soon found that being an entrepreneur was just too all-consuming.

“My family topped the list of things I cared about, but ranked last of things I spent time on,’’ she said.  So she joined the VBRF, where she can apply the entrepreneurial skills she’s developed without having to live that life herself.

At Craven’s insistence, the VBRC makes sure that the vets who come in really do want to “kill their own meat every day,’’ as she colorfully describes the entrepreneurial life.  She and her staff steered one would-be business owner toward teaching music, her true passion, and another toward seeking a job in marketing, rather than starting a marketing firm. “Too many veterans come here because their families think they should start businesses, not because they want to,’’ she said. The VBRF funnels those veterans to experts who can help them seek jobs.

For those with a true entrepreneurial yen, VRBC runs a three-week BootStrap class that, among other things, helps participants home in on the right product or service to offer, familiarizes them with funding methods, and forces them to come up with a business plan “rather than research themselves into paralysis,’’ as Craven put it. It also offers an 8-week online course run by Syracuse University, as well as a weekly webinar series. It even helps some veterans win over reluctant bankers.

VBRC, which is revamping its business model, has developed some entrepreneurial feistiness itself. Changes under consideration: charging a fee for partners or spouses of veterans who wish to attend classes, and offering paid consulting services to successful entrepreneurs, veterans and non-veterans alike.  And, with Washington funding erratic at best, the VBRC has stepped up fund-raising to the point where it now gets about 40 percent of its money from non-government sources that not only provides a comfortable cash cushion, but it enables VBRC to do things like track the participation of women and minorities, take out ads or hold meetings without first seeking government approval.

“I don’t want to wait weeks for government approval of a conference,’’ Craven says.   Of course not – what entrepreneur would?